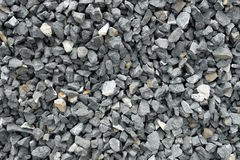 THUNDER BAY — A group of cottagers and homeowners at Trout Lake will take their concerns about a proposed gravel pit to Ontario's Local Planning Appeal Tribunal.

"When we walked into this process we expected it to be fair and to be a due process and we found nothing (like) that, so it's been a bit frustrating," Latimer said in an interview with Tbnewswatch.

She said the objectors to the rezoning of Lempiala's property near the lake don't understand how the planning board could take the position that the residents' concerns aren't planning concerns.

The chair of the planning board, Oliver-Paipoonge Mayor Lucy Kloosterhuis, has called those concerns valid, but said issues such as noise, dust, truck traffic, and hours of operation fall under the purview of the Ministry of Natural Resources and Forestry, and can be dealt with when the company applies to the ministry for a licence to operate a pit.

Latimer disagrees, saying it is in fact a planning matter, because a gravel pit is a land use that is incompatible with established residences.

"We are going to be appealing this at the tribunal, for sure," she said.

It was a change that caught residents off-guard, Latimer said, because there was "no consultation or explanation."

Kloosterhuis, however, said the revision was made after the board realized the larger buffers were not in keeping with the current official plan for that area.

Latimer also expects that the McIntyre RIver watershed, starting at Trout Lake, will be declared a provincially-significant wetland in the future, which she believes "would change the buffer quite a bit."

But Kloosterhuis told Tbnewswatch the planning board can only make decisions based on existing regulations, not on ones that may be contemplated.