THUNDER BAY -- Public health care hasn't been central in the federal election campaign but those who work in the field say it ought to be.

Natalie Mehra is the executive director of the Ontario Health Coalition, an advocacy body for keeping health care in public hands.

Mehra's alarmed at the Parliamentary Budget Office's warning that reducing the federal share of health dollars from 50 per cent when it was first introduced to 18 per cent will mean Canada won't have the authority to enforce the Canada Health Act. 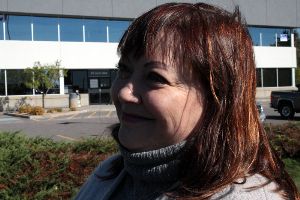 If the Conservative Party is re-elected and its plan to reduce provincial payments by $36 billion by 2025 is allowed to go ahead, she said, it will mean drastic changes to the face of universal care.

"It's a real threat to public health care in this country," she said, adding Ontario's share of that reduction would be $8 billion.

Mehra pointed to $46 billion in tax cuts at the federal level and another $20 billion in Ontario, arguing senior government is "emptying the cupboard" as it claims it can't afford public services.

"Canadians have paid for these things in our taxes. We're supposed to -- under the Canada Health Act -- receive them without charge. Our federal government is responsible for upholding the Canada Health Act and protecting patients from these kinds of user fees but it's not doing anything at all. It's not all gone by any means but we're seeing the beginning of the erosion of public Medicare."

Both Liberal and NDP leaders have committed to bringing the provinces together to negotiate a fresh Canada Health Accord.

Kari Jefford is the president of Unifor 229, representing 3,500 health care workers throughout the Thunder Bay district. She said front line workers are keenly aware of the shortages in health services and the role the federal government plays in both funding and negotiating provincial health programs.

"When someone comes in with these issues and they're not able to get to other calls or other patients, they're working through their breaks. They're working in high stress areas and they're trying to do the best they can with the funding that has been provided, which isn't enough. We need to invest more and we need to see that funding come back."

A renewable natural gas plant is proposed for the District of Thunder Bay
Aug 15, 2022 5:00 PM