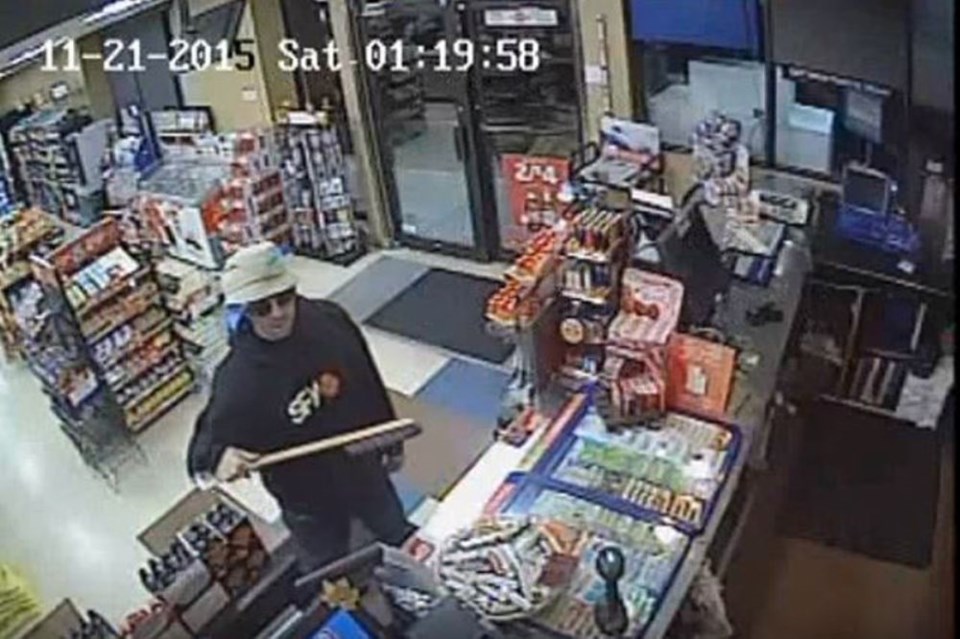 Police are seeking the public&#39;s help to identify a suspect in a pair of Mac&#39;s Convenience Store robberies that took place early Saturday morning. (Supplied)

Thunder Bay Police are looking for a snowbrush-wielding suspect who robbed Mac’s Convenience store locations on the city’s north side early Saturday morning.

“He had a snowbrush and threatened the employees and demanded money. He was able to get away with a small quanity of cash. Neither of the employees was injured in either instance.”

Despite the comic nature of the suspect’s weapon of choice, Tilbury said it was no laughing matter.

“In reality, any type of violence, which is basically what a robbery is – it’s a theft with violence – whether it be a threat or a physical act, a weapon is a weapon, whatever they choose to use.”

While the typical armed robber usually chooses a knife or a gun as a weapon, police have also seen other robberies involving syringes.

“Any time violence is threatened on a person they have to perceive what the threat is to themselves. So we should take these incidents seriously because you never know what the motivation of the suspect is,”Tilbruy said.

The suspect is described as standing between 5-foot-8 and 5-foot-10, weighing about 170 pounds and was wearing a beige hat, a dark SPY Optics hoodie, dark pants and sunglasses.

Anyone with information is asked to call Crime Stoppers at 1-800-222-8477 or log onto www.tibsubmit.com/WebTips.asp.