The future of the Finnish Labour Temple and the Hoito Restaurant remains up in the air but members are hopeful it is not the end of the story for the historic site
May 21, 2020 5:04 PM By: Doug Diaczuk 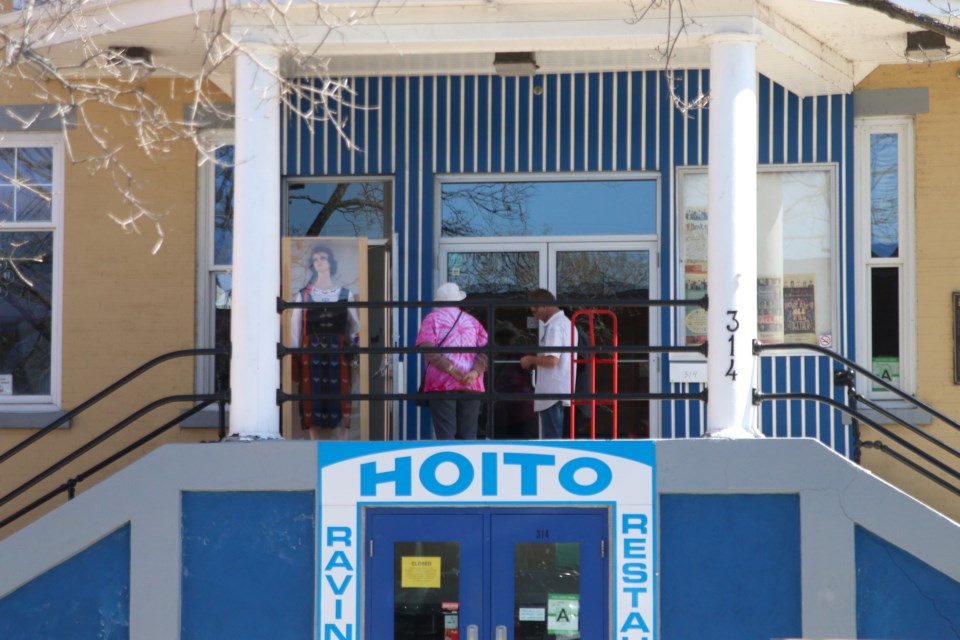 THUNDER BAY - The 110-year-old Finnish Labour Temple and the Hoito Restaurant have an important place in the city’s story and even though its future remains uncertain after the Finlandia Association voted to liquidate the corporation, members say its story is not finished yet.

“It was a lesser of two evils we had to vote on,” said Anneli Tolvanen, Finlandia Association member. “It became pretty obvious what the choices were and where we had to go at the end of it. I don’t think we have seen this place go belly up yet. This is not the end of the story for this building.”

Following a special meeting held Wednesday evening via Zoom, 42 association members voted in favour of a motion to liquidate the corporation, with four voting against and five abstaining.

It was revealed that the Finlandia Association is more than $1 million in debt and with the COVID-19 pandemic forcing the closure of the Hoito Restaurant and RBC denying a deferral of a biweekly $2,000 mortgage payment, the only option was to liquidate.

“I think it’s fair to say there was significant debt,” said Derek Parks, a Finlandia Board member who was also appointed as an inspector for the liquidation.

“The situation arises that we were unable to generate revenue. With the Hoito being shut down, which has been the lifeblood and pulse of keeping this building going for years, because the money raised by the Hoito was used to pay for the building, the taps were turned off. That’s why we find ourselves in this situation. We were unable to find any financing to bridge us until times get better.”

“The ability is there its just in the new world we are entering with COVID, summer tourism is going to be down, there is talk of a second wave, we just don’t know what business is going to look like and we are just unable as a board of directors to put together a plan that is going to satisfy a bank,” Parks said.

Had the corporation not voted to liquidate, RBC could have forced the association into bankruptcy.

“We got dealt cards that were beyond our control that got us into this situation,” Parks said.

Parks said choosing to liquidate the corporation allows the association to be part of the process and retain as many assets as possible rather than handing it over to RBC bankruptcy where they would have no say at all.

What this will mean for the historical Finnish Labour Temple and the Hoito Restaurant remains unclear at this time.

“I don’t think we are going to see it open as we knew and understand,” Parks said.

“With community support and whoever comes out, there might be a white knight out there who wants to invest because they had positive times when they were kids. We don’t know. But this way, going into liquidation, we buy more time for the community to organize and structure to come up with a business plan to satisfy banks and maybe even take it over.”

For Tolvanen, who said it is an emotional time to see the Finlandia Association in the situation it now finds itself, this could be a new start for the historic site.

“As we speak people are probably meeting and exchanging ideas and thinking creatively and gathering their resources and considering their contacts,” she said. “I think the community should stay tuned, stay interested, and stay concerned and stay prepared to participate and contribute and help this place stay alive.”

Tolvanen added that she hopes RBC will also be a community partner, because it showed its true face in all of this.

“They have still a good community participation that they can contribute where they have really fallen in that regard during this pandemic in the way this place has been dealt with,” she said.

The Finnish Labour Temple and the Hoito tells the story of the struggles and successes of immigrants in the region, Tolvanen said, and it is a story that resonates with people of all backgrounds in the city of Thunder Bay and one that must continue.

“We owe this to future generations to come here and feel their roots,” she said. “To be strong and to learn from the lessons and learn from the struggles and identify with them and understand them and make us better global citizens.”