Thunder Bay’s next municipal election may feature an online polling station. City clerk John Hannam said they're sending out a request for proposal later this week for companies that offer online and over-the-phone voting applications.
Feb 22, 2010 5:49 PM By: Jodi Lundmark 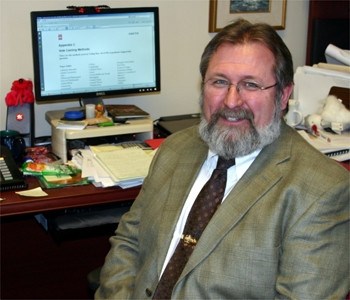 City clerk John Hannam said they're sending out a request for proposal later this week for companies that offer online and over-the-phone voting applications.

"The chief advantage is general convenience for all," said Hannam, adding although it’s not often marketed as an accessible method of voting, it would be beneficial for people with mobility and accessibility issues.

Another advantage is the cost of online voting is lower than traditional polling stations. In 2006, it cost the city just less than $300,000 to administer the municipal election.

Hannam said in Halifax, the cost for online voting is about $2 per person. With 87,000 eligible voters in Thunder Bay, if everyone voted on the Internet, it could save the city more than $100,000.

"If we do introduce Internet voting, it will be toward an eye down the road in future elections of whether we can expand that in terms of keeping the cost down in administering an election," said Hannam.

"If offering an alternative method of voting makes it easier for people to exercise their vote, we certainly think it’s worth exploring," Hannam said.

The only concern when looking at the process is making sure any system the city looks at has security measures to protect the privacy of the voter and integrity of the voting process.

The decision on whether or not the city will adopt online voting for the Oct. 25 election is a few steps away from becoming a reality.

"We’re at the stage now of looking for proposals," said Hannam. "If we’re satisfied with any of those proposals and wish to bring them to council, we will do that. It will be the decision of council if we go to an alternative method of voting and up to council who we will award that to."

And if online voting is approved for the election, it doesn’t mean the city still won’t have its traditional polling stations.