The Lakehead school board has given its support to a local committee’s request for a moratorium on wind farms.
May 25, 2010 11:09 PM By: Jamie Smith 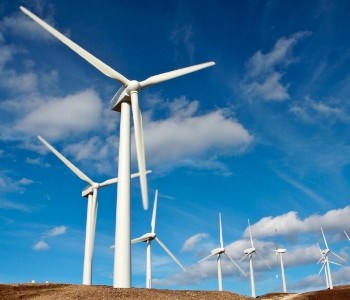 The Lakehead school board has given its support to a local committee’s request for a moratorium on wind farms.

In a board meeting Tuesday night, trustees voted 4-2 in favour of the Norwester Mountain Escarpment Protection Committee’s efforts to get the province to put a moratorium on wind farms until a third party health study is conducted. The motion states that the board agrees with the committee in principle and that third party studies, once complete, should be made public.

Trustee Karen Wilson, who put forward the motion, said the decision is not about debating the merits of green energy or wind farms but rather the health and learning environment of students.

"I have no public opinion on any aspects of wind turbine farms other than on the potential to impact children’s health and learning abilities," Wilson said.

In a report last week, Chief Medical Officer of Health Arlene King in consultation with the Ontario Agency for Health Protection and Promotion, the Ministry of Health and Long-Term Care and the Council of Ontario Medical Officers of Health said scientific evidence does not show any direct link between wind turbines and adverse health effects.

"When I read these and I see conflicting information coming from what are authoritative health organizations I can only conclude that this does require an independent third party investigation."

But trustee Trudy Tuchenhagen, who opposed the motion along with trustee Lori Lukinuk, said trustees are elected to represent students and debating green energy is not a student matter.

She said it’s up to city council not the school board to decide the merits of green energy. Tuchenhagen said that with environmental disasters such as the recent oil spill in the Gulf of Mexico, conventional energy sources are also hazardous.

"What’s better is it wind turbines on mountains or oil spills like we are now seeing in the Gulf of Mexico," Tuchenhagen said. "I cannot support this and sometimes I feel that if this weren’t an election year maybe this would not have come forward."

NMEPC member Irene Bond said it took a lot of courage for the school board to go against the government and side with the committee.

"They’re invoking the precautionary principle. If you don’t know, and there have never been health studies using people with these modern huge wind turbines then let’s wait and do those studies," Bonds said.