“We have to come out swinging”: Council opposes public health amalgamation 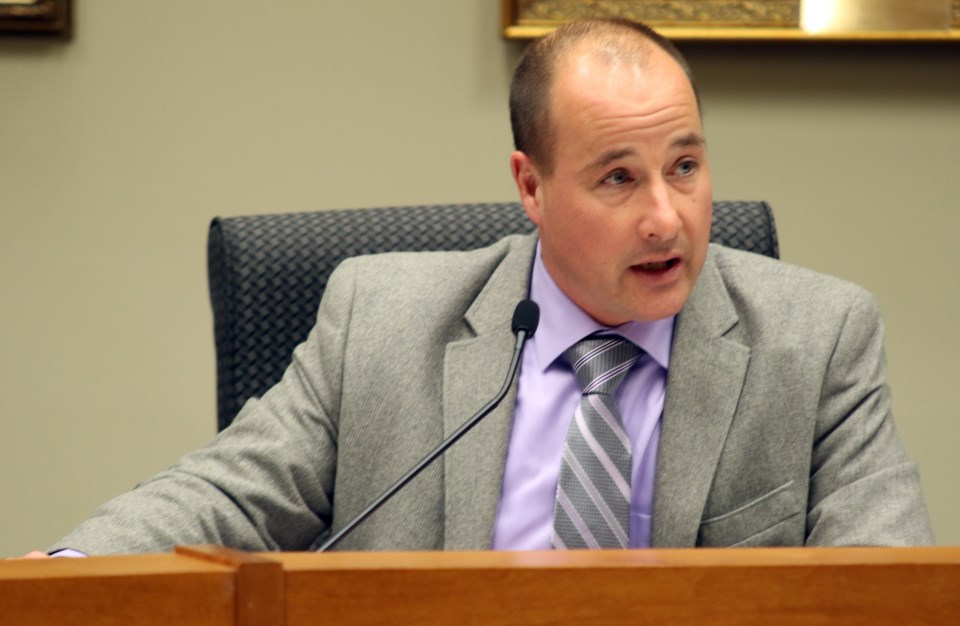 City councillor Andrew Foulds pushed for a strong response to the province on plans to amalgamate health units. (File photo)

Council unanimously backed a letter of objection from Mayor Bill Mauro and four other northern mayors on Monday, opposing provincial plans to reduce the number of health units from 34 to 10 in stark terms.

The changes would also see the province dial back its public health funding by a reported $200 million a year, directing municipalities to make up the difference.

Mayor Bill Mauro and Coun. Kristen Oliver suggested provincial plans could involve more amalgamation than originally thought in Northern Ontario, with the potential for one “pan-northern” health unit serving the entire region, not just the Northwest.

“I think we have to come out swinging on this one,” said Coun. Andrew Foulds. “This is very serious, and it’s not just the five big cities in Northern Ontario [that will be impacted].”

The letter from the mayors of the region’s largest cities (Sudbury, Thunder Bay, Sault Ste. Marie, North Bay, and Timmins) argues health units and municipal budgets are already stretched to their limits, and that amalgamation would damage public health delivery.

The plans were originally included in the Ford government’s 2019 budget.

According to Mauro, the government is still set to go ahead.

“The province, to my surprise, seems to still be moving forward with considering a reduction of the number of public health units from 34 down to 10, and maybe only one for the entire North,” he told councillors.

“I think for most of us [it’s] pretty remarkable that would even be considered, but I’m told that’s still on the table.”

The restructuring was initially expected to combine the Thunder Bay District Health Unit and Northwestern Health Unit, which together serve an area of over 400,000 square kilometres.

Ontario’s ministry of health did not respond to a request for comment Tuesday on the possibility of an even larger health unit for the North.

Oliver hadn’t received direct indications from the province that a single northern health unit would be considered, she said, but noted municipal leaders in the region considered it a potential model.

“Now it looks like there’s some potential to see a pan-northern health unit that would encompass all of northern Ontario, which is incredibly concerning,” she said Monday. “The geography is simply too big.”

Many organizations are opposed to the changes, she said, from municipal associations to health agencies.

“There has been a lot work, and I think there’s a place for us to stand shoulder-to-shoulder and not back down,” she said.

The resolution was carried unanimously, with councillors Brian Hamilton and Trevor Giertuga absent.