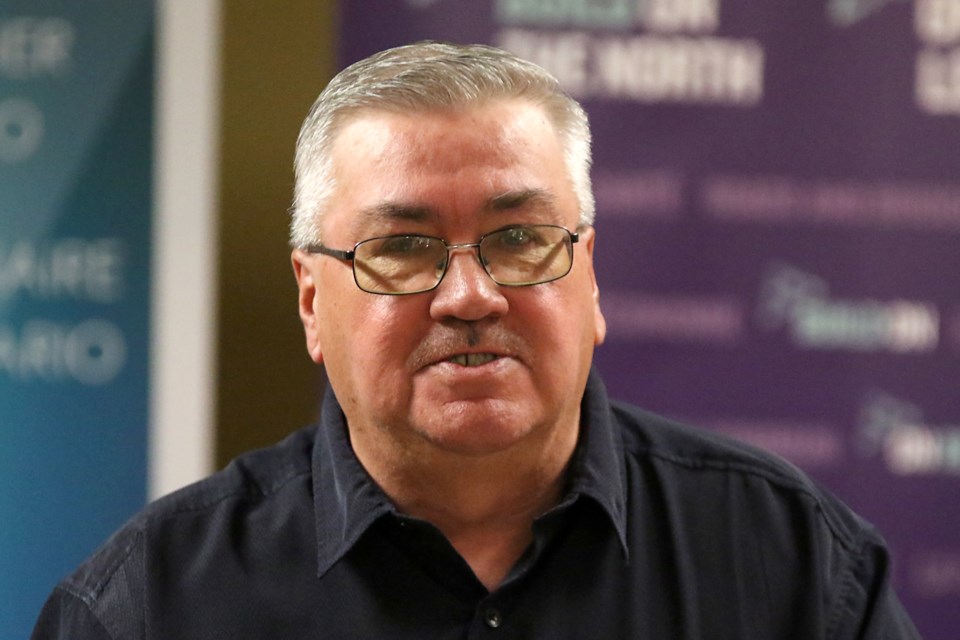 Whitesand First Nation Chief Allan Gustafson says a new industrial park in his community will allow them to produce their own electricity and wean themselves off diesel fuel (Leith Dunick, tbnewswatch.com).

Armstrong will also receive electricity from the new power plant.

Ottawa will invest $2.8 million, while the province will contribute just under $1 million.

Minister of Workplace Development and Labour Patty Hajdu called it a game-changer for the community.

"Especially for communities that are further away from urban centres, It's very hard in terms economic development, in terms of actually moving forward out of poverty,stimulating the economy," Hajdu said on Friday at a news conference announcing the project.

"An investment like this, along with the great planning the community has done, it is, in fact, a game-changer. It allows them to not only address the energy challenges that they face as a community on diesel, contribute to our initiatives as country in reducing our carbon footprint, but also it allows them to develop an economy in their own community and provide employment for all of the residents who live in that area."

The project is expected to create 60 full-time and 64 seasonal jobs.

The industrial park—to be known as the Bio-Energy Centre— will be located on Highway 527 about one kilometre south of Armstrong.

Its first tenants will be the community-owned Sagatay Cogeneration LP and Sagatay Wood Pellets LP.

Under Sagatay, Whitesand has negotiated a 20-year renewable agreeement for electrical generation to provide a revenue stream and help ensure the sustainability of the industrial park.

Whitesand First Nation Chief Allan Gustafson called it a generational deal that will benefit the entire region. More importantly, it gives hope to his community.

"It's theirs," he said. "It will be something that they own and they'll be proud owners."

Gustrafson said the community has been pursuing the development since 1992, but the project was put on the shelf. He's been trying to get it done since 2008.

"I said let's do it," Gustafson said, recalling when he was approached to bring the project out of mothballs nearly a decade ago.

"We'll build up our members' self-esteem and get them working and we don't have to rely on drug problems or stuff that is happening in every First Nation community."

Hajdu said the project will provide good jobs for residents in many sectors including forestry, plant operation and silviculture.

The provincial share of funding comes from the Northern Ontario Heritage Fund Corporation.

Gravelle said the $950,000 the province is providing is money well spent.

"This has been a long project in the making, going back to the early 1990s, but my hat is off to Chief Gustafson and members of council and everybody who have been working on this project for the last 20 years. It's a tremendous project and one we're tremendously excited about from the provincial point of view," Gravelle said.