Police allege accused, Monica Jane Magiskan, said she had a knife and demanded cash from a clerk at a Hodder Avenue Circle K location.
Jan 13, 2021 3:25 PM By: Thunder Bay Police 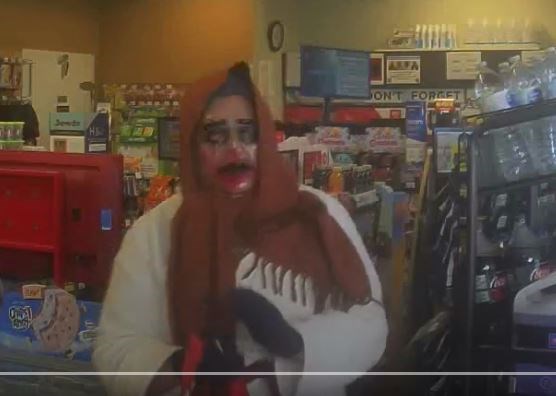 Police arrested a Thunder Bay woman Tuesday who was connected to the investigation of a recent robbery of a convenience store.

TBPS officers with the Uniform Patrol Branch were dispatched to the Circle K convenience store at 475 Hodder Avenue after 1:30 p.m. on Sunday, Jan. 10 following reports of a robbery that had just occurred.

Police learned a female suspect entered the store, approached the clerk, claimed she had a knife and made demands for cash. She then fled on foot before police arrived.

Members of the Thunder Bay Police Service’s Break and Enter and Robbery (BEAR) Unit became involved in the investigation.

On Monday, Jan. 11, 2021, a news release was issued featuring video footage of a female suspect at the time of the robbery. The video and images were released to solicit public assistance in identifying the suspect.

As a result of ongoing investigation, a suspect was identified. BEAR Unit members located and arrested the suspect on Tuesday, Jan. 12, 2021.

Monica Jane MAGISKAN, 25, of Thunder Bay, is charged with:

She appeared in bail court on Wednesday, Jan. 13, 2021 and was remanded into custody for a future appearance date.