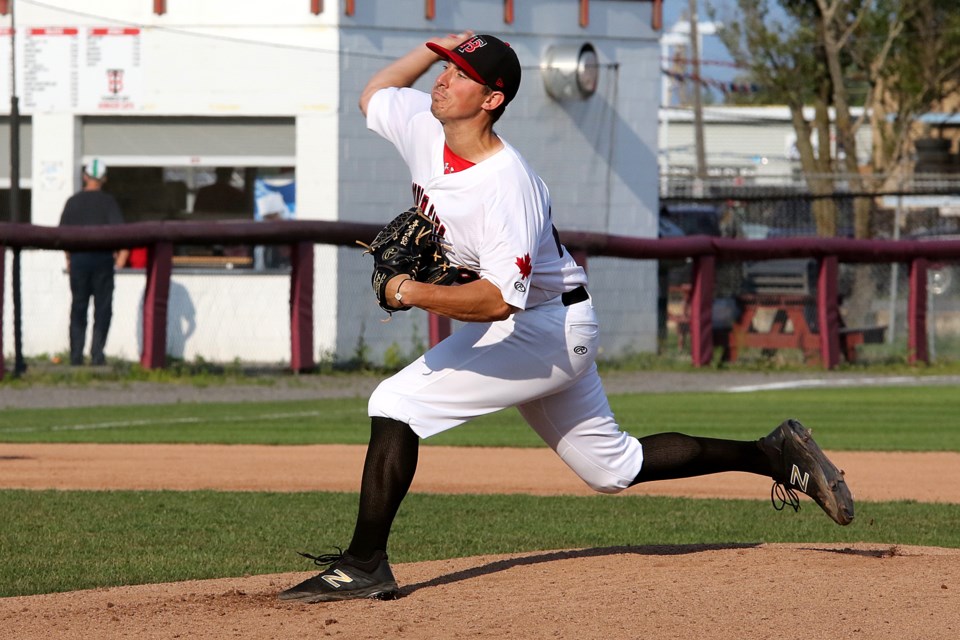 MANKATO, Minn. – The Border Cats three-game slide is a thing of the past, thanks to a three-run ninth inning.

After loading the bases with one out in the final frame, the Cats and Mankato tied 3-3, Jakob Newton singled in the go-ahead run against Express reliever Jack Pilcher.

Pilcher then hit Joe Jimenez and walked newcomer Noah Reed to up the Thunder Bay lead to three. They hung on in the bottom of the inning, Jordan Jackson striking out Adan Fernandez on three strikes with the winning run at the plate to preserve a 6-5 road triumph.

Jackson was credited with the win, after taking over from starter Alex Dafoe.

Dafoe was nothing short of brilliant over seven innings, allowing two runs on three hits and three walks.

Reed, who was 1-for-4, had a pair of RBI for Thunder Bay, playing in just his second game with the Northwoods League club.

Karsten Vasquez, Anthony Galati, Newton and Ryne Edmondson each banged out a pair of hits for the Border Cats against a trio of Mankato pitchers.

Michael Perez had three hits in five trips to the plate for the home side, who play at Franklin Rogers Park.

The Cats improved to 6-18 in the second half, while the third-place Express remained a game out top spot in the Great Plains East Division at 14-11.

Peyton Burks (0-2) is tabbed to get the start for Thunder Bay in Wednesday’s rematch, with Jaxon Passino the scheduled starter for Mankato.

T-Wolves land Toronto's Flynn Gilmour
Aug 8, 2020 11:31 AM
Comments
We welcome your feedback and encourage you to share your thoughts. We ask that you be respectful of others and their points of view, refrain from personal attacks and stay on topic. To learn about our commenting policies and how we moderate, please read our Community Guidelines.