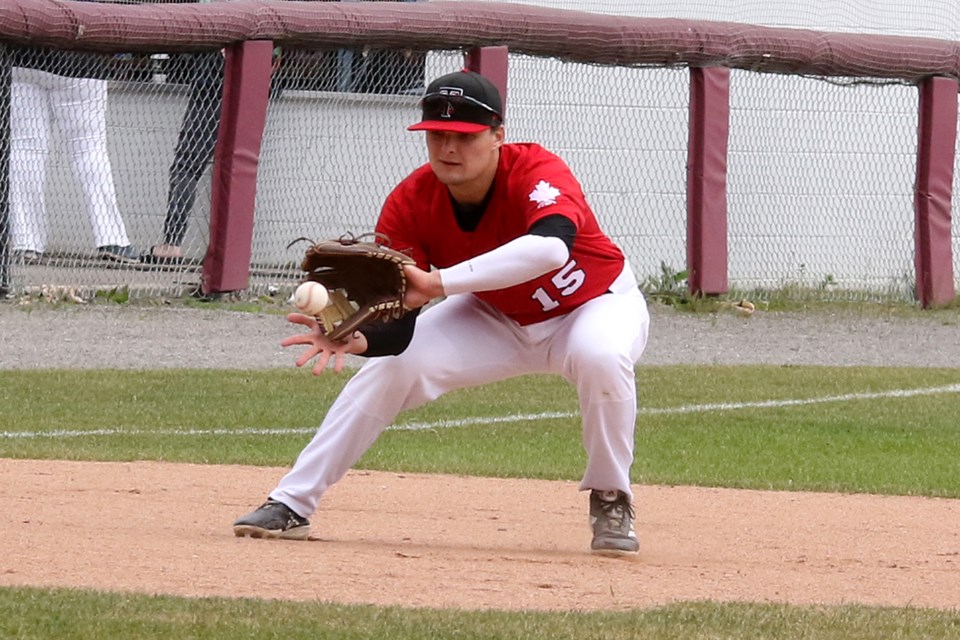 DULUTH, Minn. – For the sixth time in their past eight games, the Thunder Bay Border Cats pitching staff gave up double-digit runs.

The host Duluth Huskies turned the trick on Friday night, jumping out to a 4-0 lead in the second and then added two runs in each of the third, fourth and fifth to take a 10-3 lead on their way to an 11-4 triumph.

Since beating Rochester 2-0 on July 8, the Cats pitchers have been hard hit, giving up 79 runs over their past eight outings, dropping the Northwoods League team’s collective earned run average to 5.19, fourth worst in the circuit.

It was the fourth-straight time the Huskies, the last-place finishers in the Great Plains East Division in the first half, managed to hit double digits against the struggling Cats, who fell to 2-12 in the second half, eight games behind streaking Duluth.

The Huskies claimed their seventh straight triumph and sit a game in front of Eau Claire atop the division standings.

Collin Hopkins singled home the first run and Danny Zimmerman later scored on a balk. Max Gamm doubled home two more and the Huskies were off and running.

The Border Cats cut the Huskies lead in half in the top of the third.

Karsten Vasquez scored on an error by Hopkins, the Duluth catcher, and Conor Allard doubled home another to make it 4-2.

But the Cats bullpen couldn’t batten down the hatches.

Peyton Burks took over on the mound and fared even worse than Jackson.

Zimmerman homered with one aboard to make it 6-2.

Up three in the fourth, Kyle Jacobson had an RBI double and scored on an Alex Tappen single, the Huskies lead growing to 8-3.

They added two more in the fifth on Max Gamm and Lance Ford RBI singles.

Duluth starter Ricky Reynoso lasted five innings, giving up three runs, two of them earned, on five hits and three walks. He improved to 4-1 in 2019.

Burks was rocked for seven runs on 10 hits, giving way to Alex Dafoe to start the seventh.

Nate Soriano had a three-hit night for Thunder Bay, driving in one. Hopkins was 3-for-4 with two runs and an RBI for Duluth, who outhit their opponent 15-7.

Each team made a pair of errors.

Ryan Windham is scheduled to make the start for Thunder Bay on Saturday, as they return home to open a four-game series against the Eau Claire Express.

Thunderwolves swept at home by Mustangs
Jan 19, 2020 12:03 PM
Comments
We welcome your feedback and encourage you to share your thoughts on this story. We ask that you be respectful of others and their points of view, refrain from personal attacks and stay on topic. To learn about our commenting policies and how we moderate, please read our Community Guidelines.