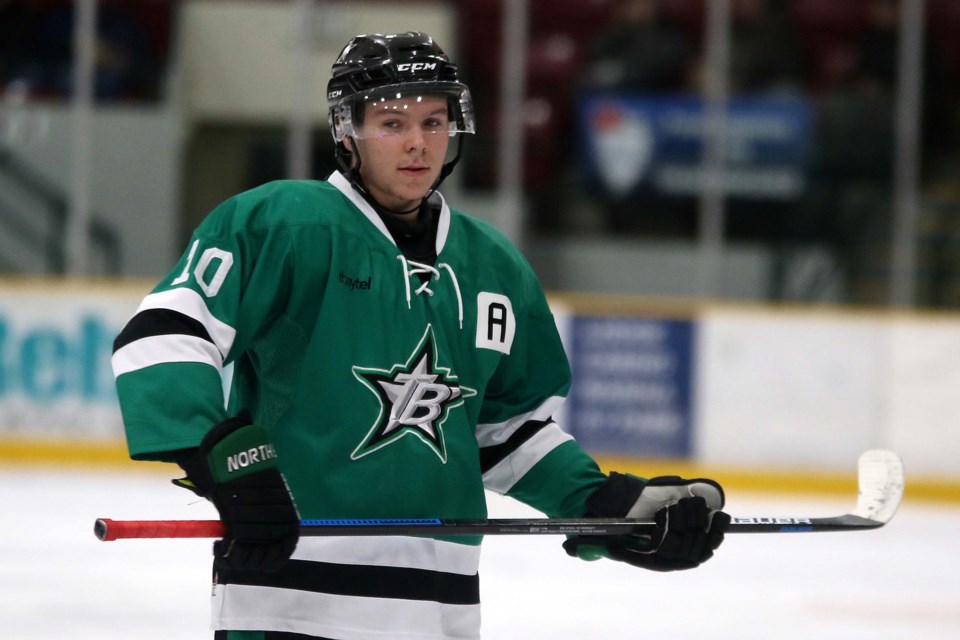 The Thunder Bay North Stars forward needed all of six seconds on Saturday night to dispose of the Dryden Ice Dogs in overtime, earning the home side a come-from-behind 5-4 and a weekend sweep.

The two teams traded goals twice in the first, Cody Bruchkowski and Adam Morgan replying for the North Stars, Jesse Mistelbacher and Nolan Marshall scoring for the Ice Dogs.

Joel Willan gave Thunder Bay its third lead of the night 12:18 into the second, but Malcolm Huemmert tied things up 1:38 later and Josh Weber scored with just under two minutes to go in the period, giving the Ice Dogs a 4-3 lead, their first and only advantage of the night.

The Stars sent the game to overtime in the third, when Nikolas Campbell potted his 15th of the season just shy of the 10-minute mark.

Seth McKay made 31 stops to earn the win for Thunder Bay (25-10-3), who kept pace with second place Red Lake, who needed overtime to edge Wisconsin 2-1 on Saturday night.

Jacob Anthony was in nets for Dryden, making 34 saves in a losing effort.

The North Stars host Fort Frances on Wednesday night at Fort William Gardens. Dryden travels to Wisconsin next Friday for a date with the expansion Lumberjacks.