Chill reflect on missing the playoffs for second straight year

Long considered a soccer powerhouse, the Thunder Bay Chill have missed two straight postseasons, and are looking for answers to return to championship form
0
Jul 20, 2019 2:29 PM By: Michael Charlebois 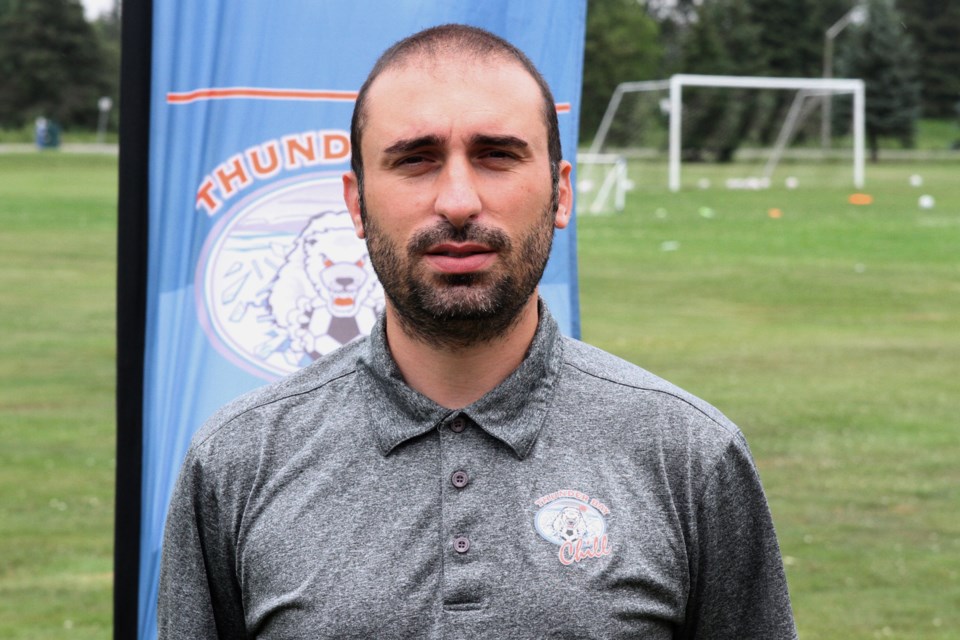 THUNDER BAY - The Thunder Bay Chill, a perennial contender for the USL2 crown, are sitting on the sidelines of the postseason in consecutive years for the first time since 2006.

After a glimmer of hope remained for the final road trip of the season, the Chill travelled to Des Moines and Green Bay needing to win at least two of their final three contests. Ultimately, they lost all three games, sealing their fate and finishing five points out of the final playoff spot in the Heartland Division with a record of 6-6-2.

The standard for the Chill and Petraglia has been high since he took over the job in 2015. A run to the league title game under Petraglia in the 2017 season was a continuation of a decade's worth of success which saw them win seven division titles, and make four championship appearances, winning one in 2008.

“This club in the last 12 years have made a statement which they will always be in the playoffs. Not making it for two years in a row is unacceptable,” Petraglia said.

The Chill started the campaign on the wrong foot, dropping two road games against Kaw Valley and St. Louis before settling for a draw in their home opener against lowly WSA Winnipeg.

Petraglia acknowledged that the disastrous start to the season made things difficult moving forward.

“It was very frustrating. That’s just a lesson for us to understand how this league works,” he said.

The prospect of missing the postseason came suddenly, and each game moving forward had the pressure of a playoff game.

Petraglia said an attacking style of football was implemented at the very start, and then quickly reverted to a conservative style after the early results.

“Tactical-wise, we started in a certain way in the first few games and realized it wasn’t the way to go,” Petraglia said.

The team responded well with their backs against the wall, earning a point in a home contest against first-place Des Moines before reeling off three straight victories to keep their playoff hopes alive.

With their season on the line, the Chill controlled their destiny needing to win at least two games. Facing the archrival Menace, Des Moines Menace took no mercy on Thunder Bay, handing them two straight defeats to dash their playoff hopes.

“The urgency to not make any more mistakes started to affect us, especially against Des Moines,” Petraglia said.

“This season we had to face it: they were better than us,” said Silva.

“But as Gio has mentioned before, the best teams don’t always win games. Depending on the intensity we put in the game... if we focus, if we work hard, we have a chance to win those games.”

Both Petraglia and Silva believe the low rate of returning players factored into a lack of chemistry and togetherness on the pitch.

“If you look back at years where we were successful, those were the years that we brought players back,” said Silva, who only scored twice after tallying six goals in 2018. “In this league, it’s a short season and we really don’t get to know each other until the end. But I don’t want to use that as an excuse because other teams do the same thing.”

Moving forward, the team is determined to get back to contention.

“Next year our goal at minimum is to make the playoffs, and we want to be able to return to the championship,” Petraglia said.

Petraglia expects roughly eight players to return to the team in 2020. Recruitment is the most important factor because of the lack of opportunity players have to develop in the USL2, he added.

“The way this league is structured, it doesn’t give us much room to work on the field,” Petraglia said. “A deeper roster with all players able to keep up a certain level of soccer; that’s the first thing we need to do to match the gap.”

Silva, who would return for his ninth season with the Thunder Bay Chill in 2020, still holds the legacy of the club in high regard, and expects the team to return to championship form as soon as possible.

“If for three years we don’t make the playoffs, I don’t think the players deserve to play for a club like the Thunder Bay Chill. Including myself, including all my friends.

“We need to start having that feeling that we are able to bring this club up again.”

Thunderwolves swept at home by Mustangs
Jan 19, 2020 12:03 PM
Comments
We welcome your feedback and encourage you to share your thoughts on this story. We ask that you be respectful of others and their points of view, refrain from personal attacks and stay on topic. To learn about our commenting policies and how we moderate, please read our Community Guidelines.