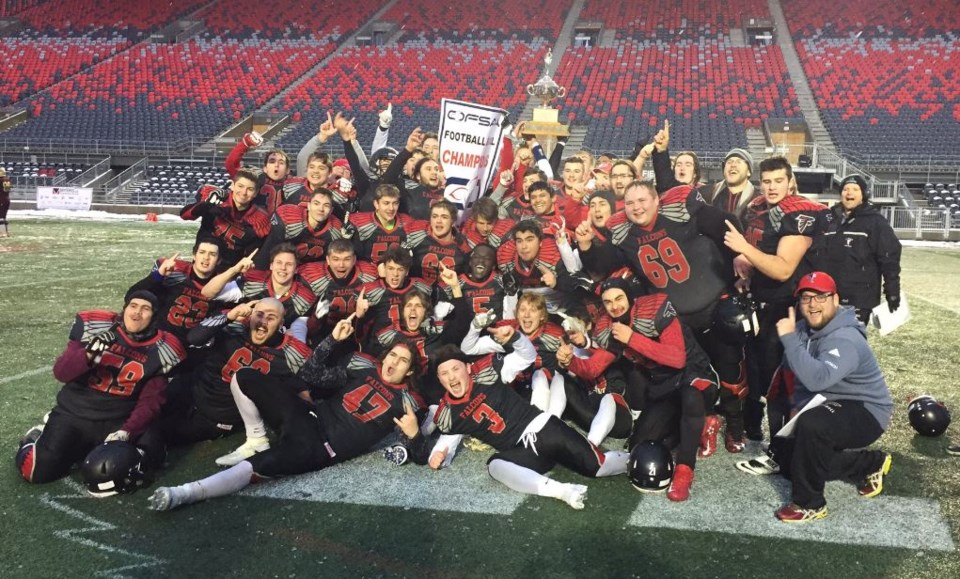 A Nick Doucet touchdown run with just over a minute remaining broke a tie to give The Thunder Bay champs a Metro Bowl victory over the Northern Secondary School Red Knights from Toronto, prevailing 17-10 in snowy conditions at TD Place Stadium in Ottawa on Tuesday.

The Red Knights drew first blood with a 103-yard touchdown reception by Devynn Cromwell that stood as the only points scored in the first half.

St. Ignatius drew even in the third quarter with Noah Penfold finding pay dirt to answer.

After the two sides traded field goals in the fourth quarter, Doucet broke off the 31-yard go-ahead major.

With the game on the line, the Red Knights drove the length of the field and had one last chance as time expired inside the red zone. Liam Walsh caught a pass short of the goal line but was kept out of the end zone by Falcons tacklers to seal the deal.

Our picks for the Top 10 Northwoods League players of all-time
May 24, 2020 9:03 AM
Comments
We welcome your feedback and encourage you to share your thoughts. We ask that you be respectful of others and their points of view, refrain from personal attacks and stay on topic. To learn about our commenting policies and how we moderate, please read our Community Guidelines.