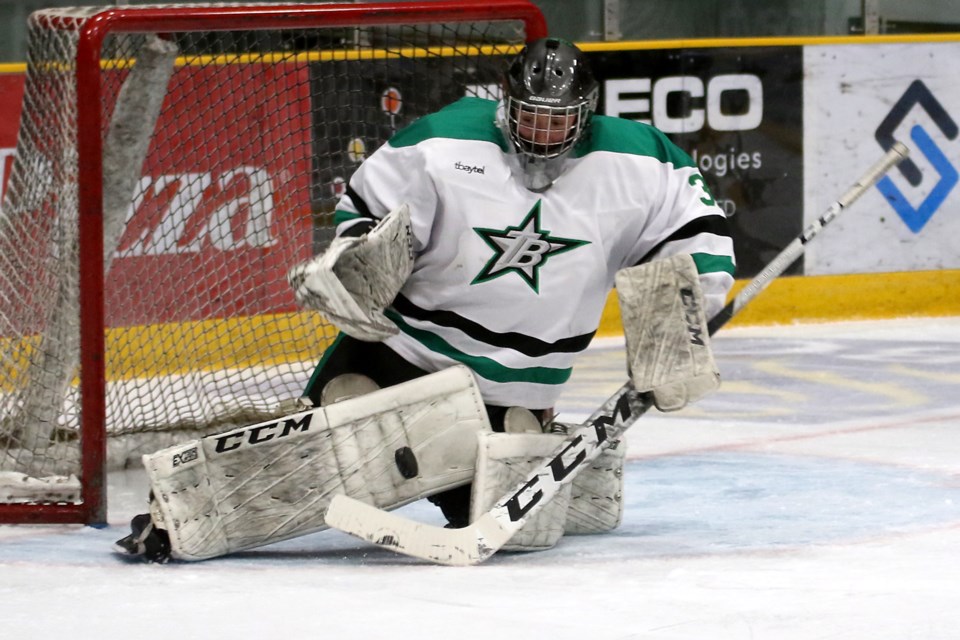 A night after Cody Bruchkowski erupted for five goals in a 7-4 home-ice win over the Dryden Ice Dogs, the Stars couldn’t complete the home-and-home sweep.

Evan Pakkala and Nolan Marshall staked the Ice Dogs to a 2-0 lead after 20 minutes and Dryden went on to down the North Stars 5-3 on Saturday night.

Justina Pitari scored twice in the second for the Ice Dogs, who added a Dylan DiTomaso insurance marker midway through the third to take a 5-2 advantage.

Hunter Foreshew, Enrico Bozac and Bruchkowski responded for Thunder Bay, which has lost six of its past seven outings.

Jordan Smith faced 50 shots in taking the loss in nets, stopping 45 of them. Jacob Anthony was good on 26 of 29 shots directed his way by the North Stars.

The Stars will look to get back to winning way on Friday at home against the expansion Wisconsin Lumberjacks.