Anthony LeBlanc has confirmed that Ice Edge Holdings is stepping away from lease negotiations with the City of Glendale, Ariz.
0
May 11, 2010 12:31 PM By: Leith Dunick 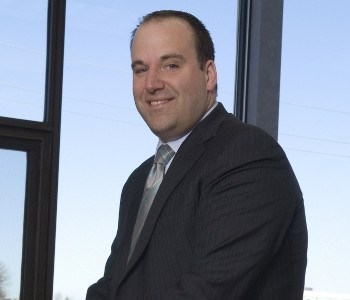 Anthony LeBlanc has confirmed that Ice Edge Holdings is stepping away from lease negotiations with the City of Glendale, Ariz.

The decision came after Glendale city officials could not provide a key requirement LeBlanc said was tantamount to any talks continuing in an attempt to keep the NHL’s struggling Phoenix Coyotes in the Arizona community.

"Ice Edge returned to talks at the City of Glendale’s request, based on a number of requirements," said LeBlanc, a Thunder Bay native and CEO of the multinational company formed last year to investigate the possibility of buying an NHL franchise.

"One of those requirements was we would not continue discussions without exclusivity. This has not been provided. Ice Edge at this point in time is not continuing down the path with Glendale."

LeBlanc said the decision doesn’t mean his company is giving up their NHL ownership dream, which could possibly come with an American Hockey League or ECHL team for his hometown Thunder Bay.

"We will be exploring the other options we were investigating prior to being asked to come back to the table in Glendale. Those options have always included Thunder Bay."

Other teams believed to be on the market and available to the right buyer include the Atlanta Thrashers, Florida Panthers and possibly even the New York Islanders. Other cities in the mix, other than Winnipeg, the front-runner to secure the Coyotes, include Las Vegas, Kansas City, Hamilton and Quebec City.

Ice Edge chief operating officer Daryl Jones on Monday confirmed to the Winnipeg Free Press that talks had broken off.

The paper said Jones told them the inability to secure sole negotiating rights for the team proved too much of an obstacle to find common ground during lease negotiations to keep the team playing at Jobing.com Arena.

"Talks have broken off," the Free Press reports Daryl Jones as saying Monday night. "We were adamant about needing exclusivity in these negotiations and they haven’t provided it. I’m not totally surprised. We’ve been dealing with this for a while. We thought we had agreed to certain things and expected them in writing. That didn’t materialize."

Ice Edge had set a Monday deadline for an exclusivity deal to be signed, a deal that effectively would have shut out their only competition, Chicago sports mogul Jerry Reinsdorf, from the process. Reinsdorf, owner of the Chicago Bulls and Chicago White Sox, has repeatedly said he’s still in the picture, though several reports have claimed his bid is dead.

Until news of the negotiation breakdown, Glendale city council was expected to vote Tuesday night whether or not to accept a modified lease deal with Ice Edge, a deal they largely rejected on April 14 by a 5-1 count.

The city must still decide whether or not to meet the NHL’s demand to cover the Coyotes, whose former owner Jerry Moyes last year brought the team into an Arizona Bankruptcy Court, or back away and risk losing the franchise to another city.

Glendale councillors are believed to be looking at ways of supporting the Coyotes through sports and entertainment user fees, which would allows them to skirt Arizona laws that don’t allow municipalities in the state to use taxpayer dollars to excessively prop up private businesses.

The shortfall covered would be capped at $25 million.
Should that not occur, the leading candidate to house the Coyotes appears to be Winnipeg, which hosted the Jets from 1979 to 1996 before the team bolted for the desert. The Coyotes have lost more than US$300 million since arriving in the Phoenix suburbs. The NHL is believed to have paid between $20 and $30 million last season alone to cover operating losses. They’ve set a June 30 deadline for a deal to be in place to keep the Coyotes in the American southwest.

True North Sports, headed by Canadian billionaire David Thomson, is believed to be waiting in the wings to buy the team and relocate it to the MTS Centre in the Manitoba capital.

True North, which owns the American Hockey League’s Manitoba Moose as well as the 15,000-seat facility, had little to say when reached by the Free Press on Monday.

"No comment," was all the company’s communication director, Scott Brown, would say.

NHL deputy commissioner Bill Daly cautioned not to read too much into the latest news, responding to the Winnipeg Sun’s question about what it meant to the future of the team.

"Nothing – at this point," Daly said in an email.

Sportsnet’s Nick Kypreos has a differing opinion, however.

"The NHL is running out of time," the former tough guy and current TV analyst say on Sportsnet.ca. "The contingency plan now is to move the team to Winnipeg. (The Coyotes in) Glendale is over. It’s over."

Should the Coyotes move back to Winnipeg, there remains a possibility that True North will flip their AHL club to Ice Edge Holdings, which could then move the team to Thunder Bay.

McCullough, reached Tuesday afternoon via email, said it's a possibility.

“If Winnipeg is successful in getting an NHL team, we are very much interested in pursuing a purchase of the Manitoba Moose. We think that’s a brand of hockey that would be housed well by hockey fans in Northwestern Ontario. The Thunder Bay Moose has a nice ring to it too.”