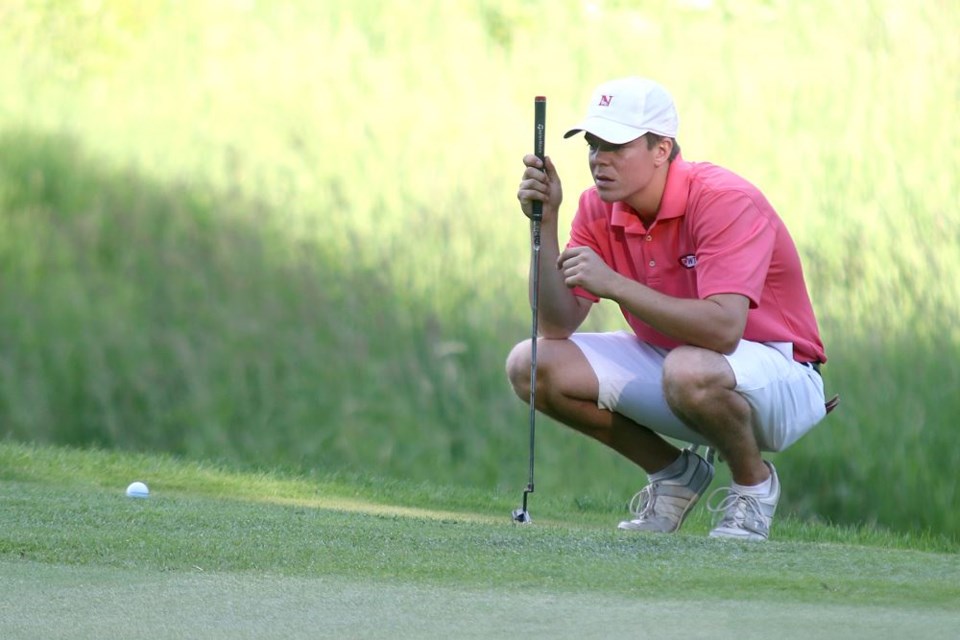 But while winning the first major of the season was an accomplishment in its own right, it’s the perk that came with the victory that mattered most – a third straight exemption into next week’s Mackenzie Tour-PGA Tour Canada Staal Foundation Open.

DeGrazia, who fired a blistering three-under 33 on the front nine before stumbling with bogeys on the 10th and 11th holes and finished the day at one-under 71 for a two-under 142 total, said it was the only thing on his mind.

“The Keg’s a big tournament, but we all know what we’re playing for at the end of the day. Just to get the win, it feels great,” said DeGrazia, heading into his senior season at South Carolina’s Newberry College.

By the time the group made the turn, Hunter joked to the media contingent they only needed to keep their cameras trained on the young guy in the group.

Keating Jr., who already had a spot in the Staal Foundation Open wrapped up after winning a local qualifier last month, finished in the runner-up position at four-over 148.

Hunter’s four-over 76 on Sunday left him in a four-way tie for third with Chris Gardner, Evan Littlefield and Brent Shewchuk.

It was a birdie on 12, coming off the pair of bogeys, that turned his back nine around, DeGrazia said.

“It felt like I was back in my own game and I could play the rest of the way I wanted to play,” said DeGrazia, who pumped his fists a la Tiger Woods after the 10-foot putt dropped into the hole.

He bogeyed once more on 14, but managed par on the final four holes, Keating and Hunter unable to gain ground coming home.

Keating, who came up short in a bid for a fourth District Open crown, had nothing but praise for DeGrazia.

“He’s playing good. He’s playing fine. He’s 20 years old. I remember when I was 20, it was great,” said Keating, who blamed his putter for turning a possible 65 on Saturday at Whitewater Golf Club into a disappointing 73.

DeGrazia, who missed the cut at last year’s Staal Foundation Open by four strokes, said sticking around for the weekend is his goal in 2016.

Tournament officials are expected on Monday to name a pair of local sponsor’s exemptions into the third-year event.

First-time champion to be crowned at Strathcona Invitational
Aug 2, 2021 12:27 AM