Thunder Bay captain has goals in six straight games and has a career high 28 already this season.
Jan 8, 2019 2:47 PM By: Community Submission 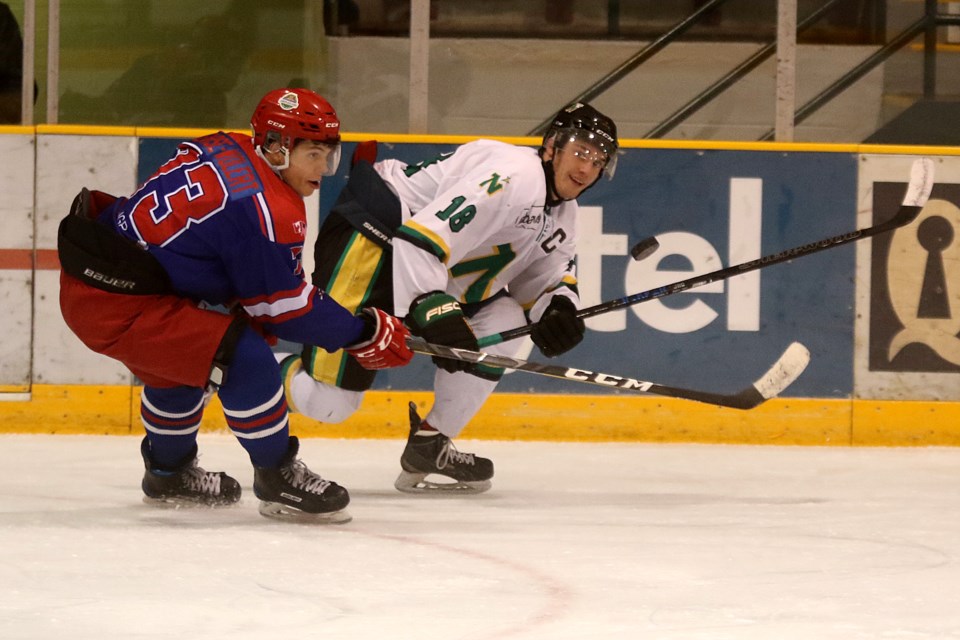 In a three-game road trip to commence the 2019 portion of the North Stars schedule, the Thunder Bay forward scored in each of them and had six points in total to pace his club offensively.

With goals in six straight contests, as well as in eight of his past nine outings, Mignault has already surpassed his single-season-best tally total with 28. He earlier had markers in a league-high seven consecutive match-ups.

His efforts during the time frame also saw him surpass the 100-point plateau in his SIJHL career with 103 through 72 games on 52 goals and 51 assists.

He enters league play this week tied for second in SIJHL scoring with 49 points to his credit.

SIJHL – Play It Again Sports Player of the Week