League commissioner Bryan Graham says they're looking at markets on both sides of the border, including hope for a long sought-after Kenora franchise
Feb 12, 2019 9:29 AM By: Leith Dunick 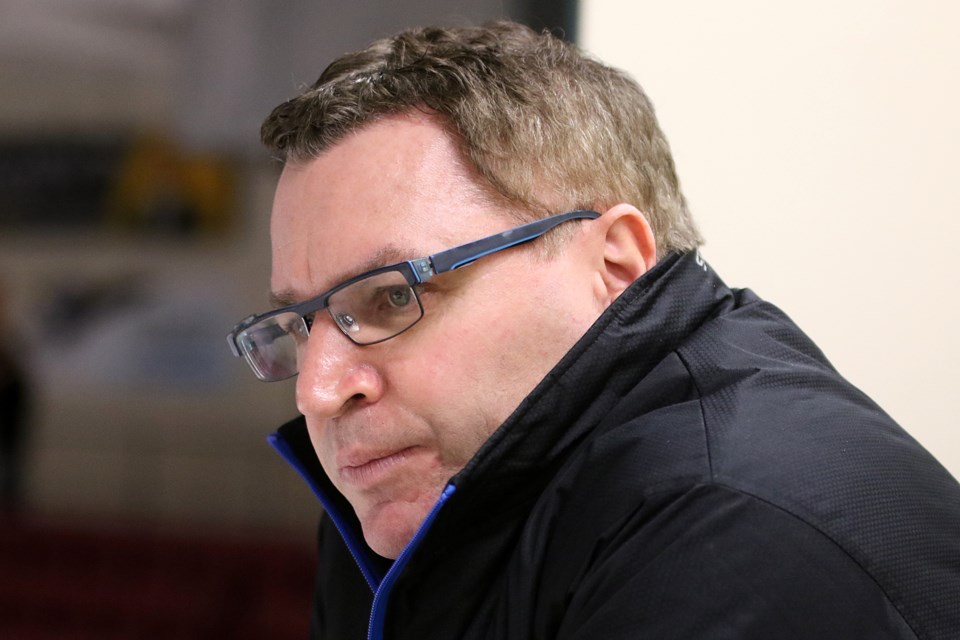 SIJHL commissioner Bryan Graham, on Saturday, Feb. 9, 2019, says the league is looking to grow to 10 teams within the next two or three years. (Leith Dunick, tbnewswatch.com)

THUNDER BAY – The return of Spooner, Wisc. to the Superior International Junior Hockey League fold is just the start, if commissioner Bryan Graham has his way.

Graham, after announcing the Wisconsin Lumberjacks would become the league’s seventh team starting next fall, said the plan is to grow the league by up to three more teams in relatively short order.

“I think our ultimate goal is to get the league to 10 teams. If we can do that in two to three years, that would be fantastic. Obviously there are some markets on this side of the border in Northwestern Ontario that we’re still looking at,” Graham said.

That list begins in Kenora, a community with a long, proud hockey history, including the Thistles improbable Stanley Cup win in 1907.

Kenora, with a population of more than 15,000, has never had an SIJHL franchise, despite being a natural rival for Dryden, a community less than half its size.

Located six hours west of Thunder Bay, there has been plenty of interest over the years, but several obstacles that have prevented it from happening.

Graham said it’s no secret they’d like to add the city into the SIJHL mix.

“We’ve got ownership that’s very interested in Kenora, but they only have the one ice pad there. They’ve been working diligently to try to find the funding to get that second pad. So we have to stay patient,” Graham said.

“We don’t want to conflict at all with AAA midget program there, in terms of billets and corporate sponsors and that sort of thing. We really think that bringing an SIJHL team to Kenora eventually would really accentuate what they have with their midget program and give some of the players out that way to stay home and play.”

The league is also looking at other communities throughout the region. Sioux Lookout had the Flyers from 2008 to 2012, the Schreiber Diesels played from 2005 to 2008, making the Dudley Hewitt Cup final in 2007. And the Marathon Renegades had a two-season stint starting in 2006, but pulled the plug midway through their second campaign.

Thunder Bay also had as many as three teams at one time in the league’s not-too-distant past.

All are on the SIJHL radar, Graham said.

“We’ve had dialogue with all those markets,” he said. “It’s still a possibility. There’s nothing concrete right now. A second team in Thunder Bay has been bantered around, but again, I don’t anticipate that’s going to happen for next season; maybe down the road.

“Right now, we’re focusing on the seven clubs that we have now and still working diligently on expansion on both sides of the border and we’ll keep moving forward from there.”

Adding more American teams is a challenge, having to go through USA Hockey for approval, which isn’t granted lightly. Other leagues can protest, should they want to move into a particular market or fear a dilution of the available talent pool. But it's certainly not out of the realm of possibility.

Graham said they also plan to work to strengthen the existing Minnesota Iron Rangers franchise, which has three wins in 43 outings and is allowing more than eight goals a game.

The Wisconsin franchise will be owned by Doug Lein. The previous team in Spooner, the Wisconsin Wilderness, operated from 2010 to 2012, winning titles in 2011 and 2012 before relocating the Minnesota.

A new Wisconsin franchise joined the league for one season in 2013-14.

Notes: The North Stars, despite a 7-4 loss to Dryden on Saturday, remain the No. 2 team in the Canadian Junior Hockey League.