It was a wonderful year in sports for Thunder Bay in 2010, starting with one of the most successful events the city’s ever hosted.
Jan 1, 2011 3:48 PM By: Leith Dunick 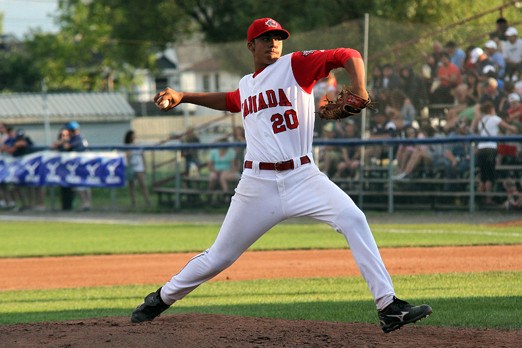 It was a wonderful year in sports for Thunder Bay in 2010, starting with one of the most successful events the city’s ever hosted.

The World Junior Baseball Championship captivated the city like nothing in recent memory, and even a fourth-place finish by the host country did nothing to diminish attendance or enthusiasm in the community.

1. World Junior Baseball Championship a resounding success
Team Canada kept the fans pouring into Port Arthur Stadium during the highly successful World Junior Baseball Championship. When all was said and done – and Chinese Taipei had been crowned champion – more than 45,000 people took in the action, double what organizers had hoped for. It proved Thunder Bay is a baseball town, and introduced us to the next generation of Larry Walkers and Justin Morneaus. Players  like Kellin Deglan, Philip Diedrick and Dalton Pompey became household names in the city for 10 days. Canada lost the semifinal to Cuba.

2. Thunder Bay Chill reach PDL final
The Thunder Bay Chill spent most of the first half of the decade at the bottom of the Premier Development League standings. But one championship and four straight playoff appearances later and winning is expected at Chapples Field. Blessed with the return of Brandon Swartzendruber and Gustavo Oliveira up front, the Chill made it all the way to the PDL final, losing to host Portland, who finished the season with a perfect record.

3. Thunderwolves basketball resurgence
The Lakehead Thunderwolves men’s basketball team came out of nowhere to qualify for the CIS Final 8 tournament in Ottawa, streaking through the first half with a stellar 7-1 record. They went on to finish 15-5, but lost the opener at nationals to the University of British Columbia. Both the men’s and women’s teams are at it again in 2010-11, finishing the first half with 6-2 records.

4. Cavendish University Cup
It was another successful job hosting the Cavendish University Cup for the Lakehead Thunderwolves men’s hockey team. The Wolves beat UQTR in their opener, but couldn’t handle Alberta in Game 2 and were eliminated. Saint Mary’s, led by former NHLer Mike Danton, won its first national title in overtime.

5. Krista McCarville run
Krista McCarville’s foursome rolled the table at the Ontario Scotties, held at the Port Arthur Curling Club, finishing 11-0 to reach her fourth national championship in five years. McCarville, just months after having a baby, led her team to the page playoffs without longtime lead Lorraine Lang. The foursome lost 10-6 to Kathy O’Rourke’s P.E.I. rink in the semifinal, her first playoff appearance.

6. Olympic gold for Irwin, Staal
Gold medals and Thunder Bay hockey players seems to be a natural fit. This time around it was Hayley Irwin capturing gold with the Canadian women’s team and Eric Staal of the Carolina Hurricanes winning on Sidney Crosby’s goal-for-the-ages on the men’s side.

7. Sharp wins Stanley Cup
The Stanley Cup has been a regular visitor to the city in recent years. Chicago’s Patrick Sharp was the latest to cart the trophy around Thunder Bay, taking it to Fort William Gardens, posing in front of the Sleeping Giant and making a surprise appearance at the Blues Festival with John Popper of Blues Traveler.

8. Border Cats survive
Despite speculation their eight-year run was over, the Thunder Bay Border Cats announced they would return for another season in 2011. Team owner Brad Jorgenson said the team must get closer to the 1,000-fan mark on average for the Cats to be viable.