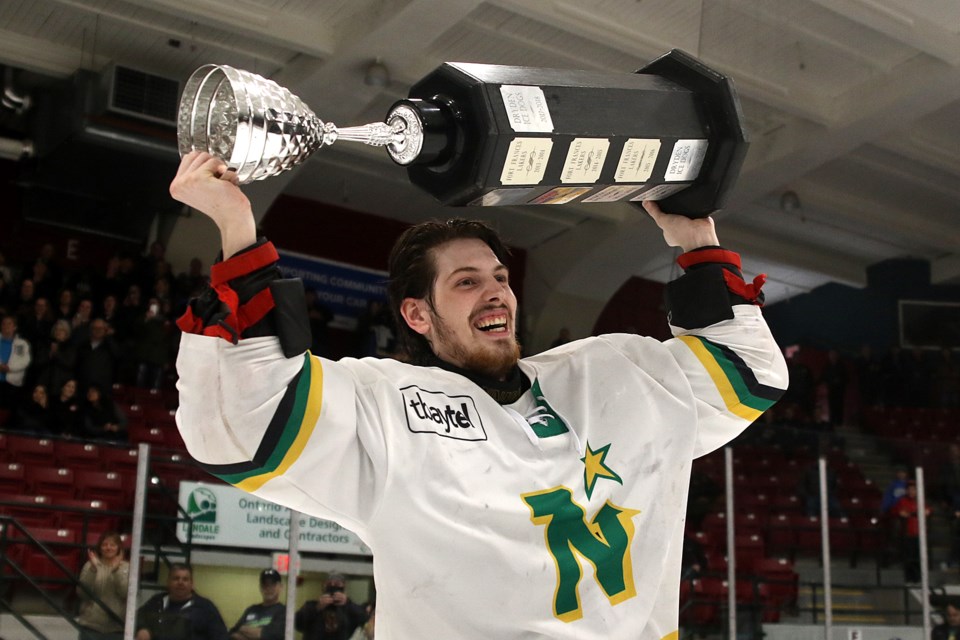 THUNDER BAY – The Lakehead Thunderwolves have their third goaltender.

He’ll compete for playing time with holdover Nic Renyard, a former NCAA transfer, and fellow newcomer Blake Weyrick of Santa Monica, Calif, who spent three seasons with the U.S. National Development program and the past two campaigns at Canisius College in Buffalo.

“I’m excited to be home and playing for the Thunderwolves,” Aiken said in a release issued by the team. “I can’t wait to get the season started and help contribute to team’s success.”

Staal does't relish being away from family to play
May 23, 2020 1:31 PM
Comments
We welcome your feedback and encourage you to share your thoughts. We ask that you be respectful of others and their points of view, refrain from personal attacks and stay on topic. To learn about our commenting policies and how we moderate, please read our Community Guidelines.