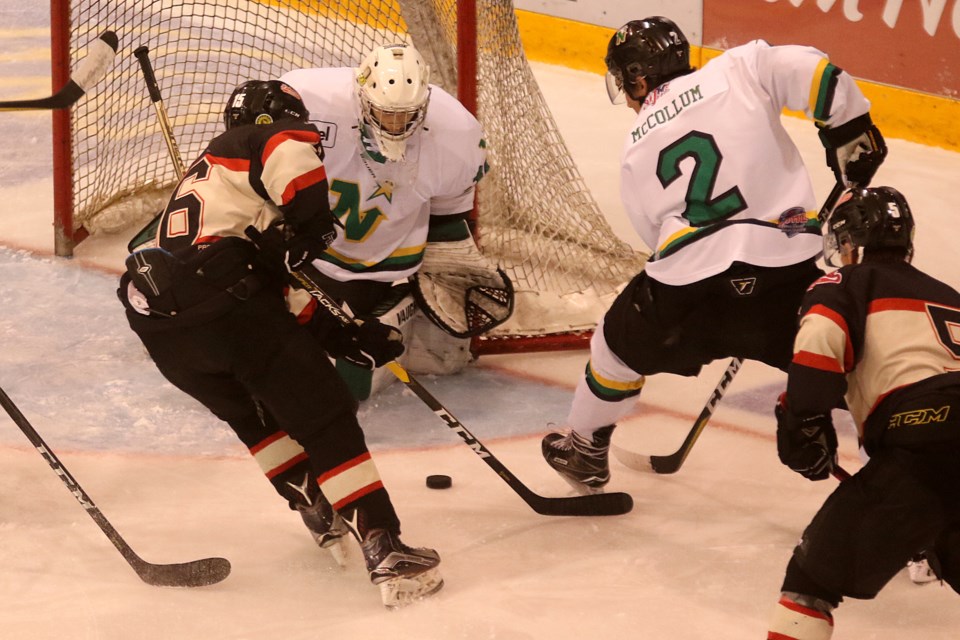 The 20-year-old, who split the past season between the Kenai River Brown Bears of the North American Hockey League and the Lincoln Stars and Muskegon Lumberjacks of the United States Hockey League, on Tuesday announced on social media he'll play for Long Island University in 2020-21.

“Words can’t describe how proud and honoured I am to announce my commitment to play NCAA D1 Hockey at Long Island University. I can’t thank my family, billet families, friends, coaches and sponsors enough for the endless support and belief in me through it all,” he said in a Twitter post.

McCollum played 14 games for the North Stars in 2018-19, scoring a goal and adding eight assists.

He's a graduate of the Thunder Bay Kings program.