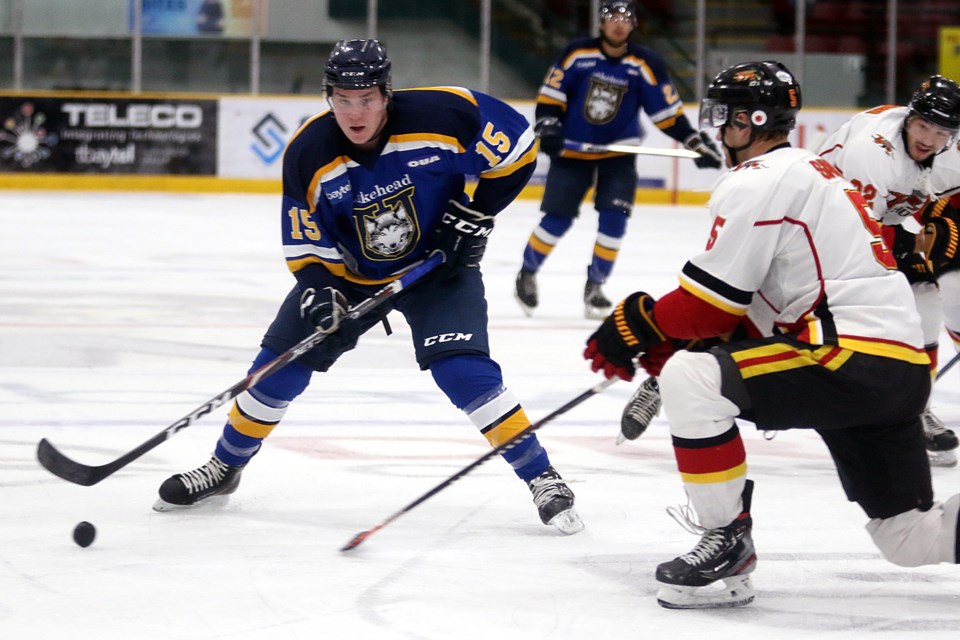 WATERLOO, Ont. – The Lakehead Thunderwolves are returning home from their season-opening road trip in a tie for top spot in the OUA West.

Josh Laframboise and Daniel Del Paggio scored 44 seconds apart in the opening 68 seconds of the second period on Saturday night, earning the Wolves a second straight win away from home, a 3-1 triumph over the host Laurier Golden Hawks.

Geoff Dempster, with his first in a Lakehead uniform, had the other Thunderwolves goal, opening the scoring at 13:29 of the first.

Anthony Conti was the lone Golden Hawk to solve LU goalie Nic Renyard, who made 30 stops on the night.

Matt Williams took the loss for Laurier, good on 32 of 35 shots directed his way.

The Wolves (2-1-0) are tied with Toronto atop the division, but the Varsity Blues do have a game in hand.

Lakehead travels to Sudbury next weekend for a pair against the Laurentian Voyageurs and host Windsor the following Friday and Saturday in their first OUA action of the season at Fort William Gardens.