UPDATE: No investigation into plane flipping over at Kakabeka Air Field

Transportation Safety Board says there will be no further investigation into Tuesday's incident that saw a pilot and passenger walk away unharmed
Oct 18, 2016 6:52 PM By: TbNewsWatch.com Staff 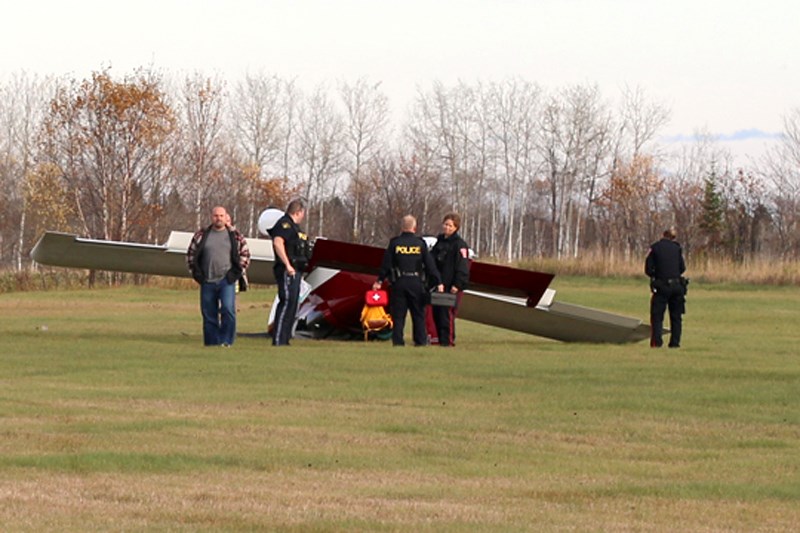 An aircraft at the Kakabeka Air Field flipped onto its roof Tuesday afternoon. The pilot and passenger walked away without injury (Doug Diaczuk, tbnewswatch.com).

KAKABEKA FALLS, Ont. - An incident involving an aircraft that flipped onto its roof at the Kakabeka Air Field on Tuesday has been determined to be the result of hard contact with the ground during landing.

A pilot and passenger walked away seemingly without injury from the crash.

At about 4 p.m. an privately-owned and built aircraft flipped over onto its roof when landing. The Transportation Safety Board is assessing the accident, but officials say no investigation will be conducted. The TSB classifies the accident as a Category 5. Investigations are conducted based on many different factors, including whether or not a lesson can be learned from an incident.

Oliver Paipoonge Fire Chief Mike Horan on Tuesday said the pilot and single passenger were checked by paramedics on scene and walked away without any major injuries.

Thunder Bay Police and OPP were also on scene.