Team says it will look at options should the Superior International Junior Hockey League decided to resume play in February.
Jan 20, 2021 5:00 PM By: Leith Dunick 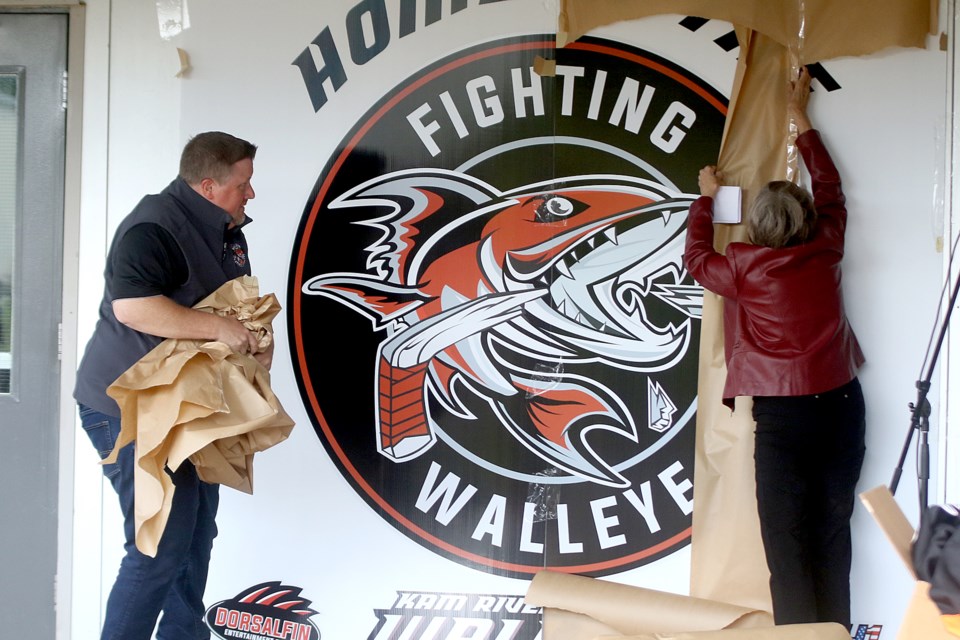 OLIVER PAIPOONGE – At the moment, not having a rink to call home for the rest of the hockey season isn’t much of a concern for the Kam River Fighting Walleye.

But it could leave them scrambling once the lockdown is lifted, should the Superior International Junior Hockey League decide to resume play.

The first-year team learned this week the Municipality of Oliver Paipoonge has made the decision not to reopen the Norwest Arena for the remainder of the 2020-21 season, leaving both the Fighting Walleye and the Norwest Minor Hockey Association and its clubs without a home arena.

Derek Geddes, president of the Fighting Walleye, on Wednesday said it’s not an ideal situation, but one they hope to be able to alleviate should play start up again next month.

“Oliver Paipoonge and everybody at the Norwest arena and in the community have been 100 per cent on board supporting of our hockey club, right since the beginning,” Geddes said. “Obviously it’s 100 per cent a business decision going forward. They’ve got to support that community in other ways.”

Looking ahead, Geddes said it’s uncertain where the team might play should the league resume play, but he added they are kicking around a few ideas.

“If it un-paused, I guess Norwest and Oliver Paipoonge would have the opportunity of looking at the feasibility of putting the ice back in or we could be looking at a neutral site situation or maybe a bubble type situation that we could get into with the teams in our league.”

Geddes said neither the team nor the league has had any discussions with the City of Thunder Bay about an alternate rink to call home for the remainder of the season.

The Thunder Bay North Stars play out of Fort William Gardens, which the city at first did not plan to open this season, but relented in early December.

The league managed to get eight regular season games in before Christmas before the province ordered a lockdown across Ontario to go into effect on Boxing Day. The SIJHL had initially planned to resume games in mid-January, but COVID-19 measures were extended and then a stay-at-home order was put in place that is expected to last at least through Feb. 11.

In a post to their Facebook page, the Norwest Minor Hockey Association said team managers have forwarded a message to families on the next planned steps.

Under the stay-at-home and lockdown orders, all rinks in Ontario remain closed, with games and practices not allowed to take place.