Both of Thunder Bay’s MPs say their expenses are online for all constituents to see but would have been fine with the Auditor General taking a closer look.
0
May 20, 2010 4:52 PM By: TbNewsWatch.com Staff 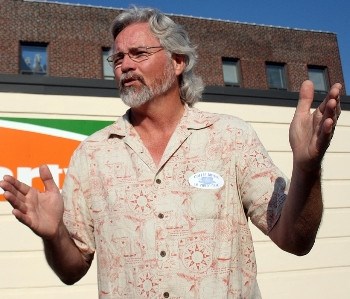 MP John Rafferty (NDP, Thunder Bay -- Rainy River). (tbnewswatch.com file photo)
Both of Thunder Bay’s MPs say their expenses are online for all constituents to see but would have been fine with the Auditor General taking a closer look.

The comments come after parliament’s all-party Board of Internal Economy rejected a request from Shelia Fraser to look into the $533 million spent by members of the House of Commons and Senate. MP John Rafferty (NDP, Thunder Bay-Rainy River) said MPs are already closely watched and aren’t as free to expense things the way MPs in other countries can.

"I wouldn’t have any problem either way," Rafferty said. "But you know that’s the decision that the board has made and that’s OK."

Rafferty added that if a constituent wants to determine whether they are getting value for their money, one of Fraser’s main reasons for requesting the audit, all they have to do is go online and see the expenses for themselves.

Hyer said MPs already face two expense audits, but said he would have been happy to subject himself to a third round. Hyer said MPs are also audited by the public.

"It’s a little bizarre to have an employee of the Parliament auditing her boss. I think we get audits in terms of value from the voters every time there’s an election," Hyer said.

Hyer said the real issue is that MPs in larger geographic areas don’t have enough money to represent their constituencies effectively.

He added that it’s ironic that Prime Minister Stephen Harper has frozen expenses for MPs while the Prime Minister’s Office expenses has been raised 13 per cent.

"The irony here is that I don’t have adequate funds to do the job adequately in my riding given the number of communities and the size of the riding," Hyer said.