Children’s author Richard Scrimger may write for younger audiences, but he’s really got one target reader in mind. Scrimger, who wrote Zomboy, says he loves kids a lot and is in constant communication with his imagined audience.
May 1, 2015 12:58 PM By: Leith Dunick 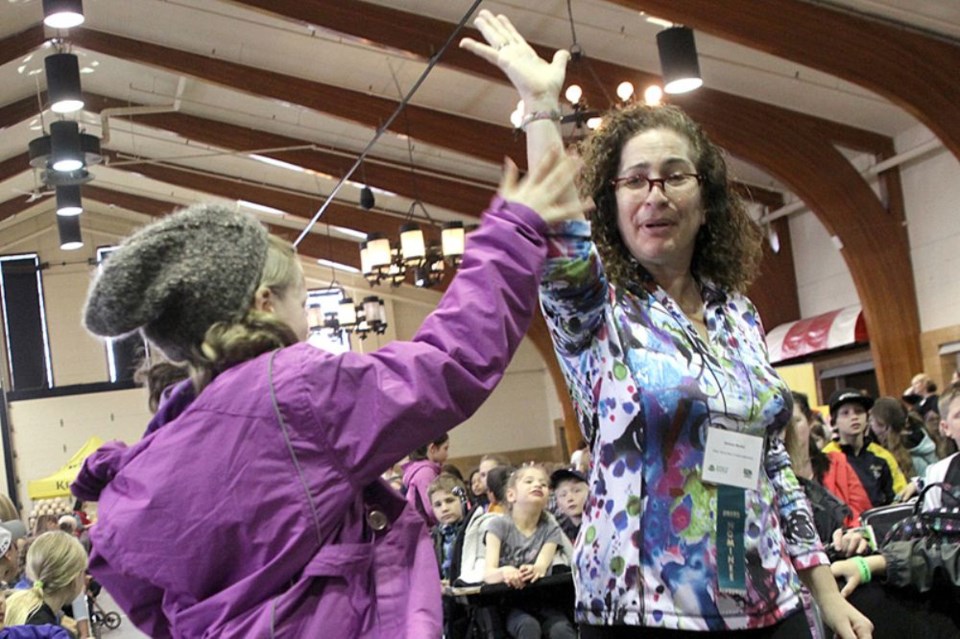 Children’s author Richard Scrimger may write for younger audiences, but he’s really got one target reader in mind.

Scrimger, who wrote Zomboy, says he loves kids a lot and is in constant communication with his imagined audience.

“But I’m really only writing for me. I’m a kid. You can’t really write for kids unless you see a kid – and for all the grey hair I’ve got – there’s a 13- or 14-year-old kid staring back at me. So if I think it’s funny, I think the kids will too,” said Scrimger, who has authored 14 novels over the past two decades.

“In fact, I’m not saying to the child, ‘Learn something from this book. Read this book and you’ll become a better person.’ I’m talking to my reader, my guy or gal out there, and saying ‘Hey, come on in, this is going to be fun.’”

Scrimger had a chance on Friday to connect with more than 600 potential young fans, taking part in the annual Festival of Trees at the Canadian Lakehead Exhibition’s Coliseum building, joined by eight other authors vying for the affection and votes of Thunder Bay students at the day-long event.

It was a treat to be nominated, he said.

“It really is. It means somebody, somewhere, likes your stuff. And that’s pretty cool. The Forest of Reading is such a wonderful program in that everybody appears to be behind it. So if you’re nominated, whether you win or not, lots of people are going to be aware of your book. And that’s what you want. You write to be read,” Scrimger said.

Fellow author Helaine Becker, who wrote the animal-inspired robot tale Zoobots, said any chance to try to inspire youngsters to read is worth the effort.

While many parents may say today’s kids don’t read, with plenty of other distractions eating up their spare time, that’s not necessarily true.
But they need a little homespun inspiration.

“They can’t read if you don’t give them the books. And the truth is, a lot of grown-ups don’t read,” Becker said.

“They don’t really remember that if the books are there, the kids will go crazy. And what you’ll see is kids who have been reading books and being rewarded for reading with the kind of festival that we should have for everybody.”

Festival organizer June Rysinski, a teacher-librarian at the Thunder Bay Catholic District School Board, said the event is a great one for children.