The program, which the Progressive Conservative government announced they will be winding down, was supposed to be a three-year trial that was being tested in Thunder Bay, Hamilton and Lindsay.
0
Aug 1, 2018 6:09 PM By: Matt Vis 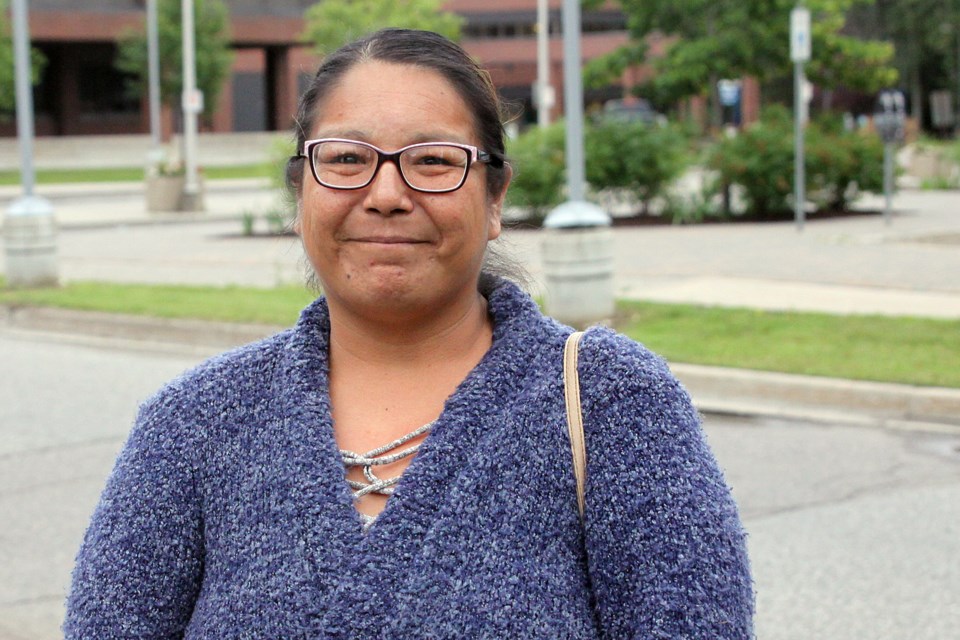 Sherry Mendowegan has been able to pursue post-secondary education as a result of participating in the Ontario basic income pilot program. (Matt Vis, tbnewswatch.com)

THUNDER BAY – The cancellation of the Ontario basic income pilot project is expected to make life harder for a local participant in the program, who believed it was providing an opportunity to move past social assistance.

The new Progressive Conservative provincial government on Tuesday had announced the program, which was being conducted in Thunder Bay, Hamilton and Lindsay, will be winding down as it looks to implement its own social assistance reforms.

The project had been launched last year by the previous Liberal government as what was supposed to be a three-year trial to determine whether it would be an effective way to help move low-income people out of poverty. That government had targeted involving 1,000 participants in the Thunder Bay area, with a total of 4,000 across Ontario.

Sherry Mendowegan, who was one of those in Thunder Bay receiving the supplements, said she has not received any communication from the government to advise her of the program’s eventual cancellation and only learned about it from news reports and social media.

“I’m finding it hard because the government should get in contact with us and let us know when this is going to happen, or at least let us live out the three years that they promised us,” she said on Wednesday.

“This three years, I had a lot of plans for my future and my family. Now I’m left clueless and don’t know what to expect.”

Mendowegan said the basic income program allowed her family to see a future where they would no longer need social assistance.

“I didn’t plan to be on this pilot program all my life. It’s just support to get me through schooling, to get me a job and the right education,” she said.

Since she started participating in the program last year, Mendowegan has received her Grade 12 diploma, is in the process of completing a 16-week remote cooking course and is enrolled to start the office administrator program at Confederation College.

Losing the program is going to make those plans more difficult, she said.

“It’s devastating. It’s really devastating. I told my spouse we will make it but it’s going to be hard,” Mendowegan said, adding her spouse had been able to stay at home as the care provider for their children while she went back to school.

“I’m very determined to finish my education, get us out of low income and enjoy life.”

As well, through the Ontario Works program she was on before being selected for the basic income, any funding Mendowegan received for her education counted as income and would have been deducted from her social assistance.

Lisa MacLeod, the Progressive Conservative minister of children, community and social services, said the program was “clearly not the answer for Ontario families” when she made the announcement at a Queen’s Park news conference.

When pressed on why the program was being cancelled, MacLeod responded only that it was not going to be sustainable.

The government also announced that Ontario Works and Ontario Disability Support Program rates would be increased 1.5 per cent, half of the three per cent commitment the Liberals made in their final budget.