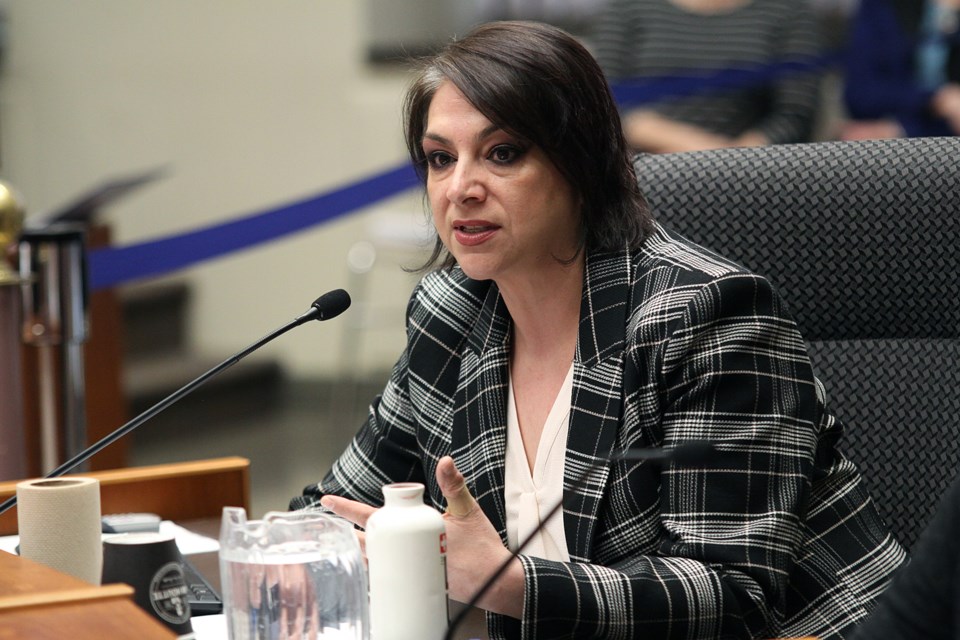 THUNDER BAY -- With the basic income pilot project having reached its conclusion when the final cheques were sent out at the end of last month, poverty reduction advocates say the impact is already being felt.

The program, which provided eligible participants with a guaranteed income, had used Thunder Bay as one of its test sites before being cancelled prematurely last year by the newly elected Progressive Conservative government.

Presenting their annual report to Thunder Bay city council on Monday night, representatives from the local poverty reduction strategy said those who were getting the income supplement feel they are already worse off one week after receiving their final payment.

"I believe that the provincial government's decision to abruptly cut off the pilot project puts everybody into a crisis mode," said Marie Klassen, the director of the Lakehead Social Planning Council.

"We're already hearing from people who have been cut off this month and are contracted to apartment living and they have leases and that kind of thing. The disruption has started and unfortunately we believe that it's going to be a more costly measure in the long run."

When it was launched, the project had a target of 1,000 participants in Thunder Bay, with a total of 4,000 across Ontario.

Mayor Bill Mauro, who was a member of the former Liberal government that introduced the scheduled three-year trial in 2017, asked about how the end of the program could affect the community.

"We never had the opportunity to identify what the savings potentially would have been, not to mention the other obvious that would have come," Mauro said. "I think it's just a very unfortunate circumstance we find ourselves in."

The program was seen by some participants as a transformational opportunity that allowed them to pursue post-secondary education and have a level of support that was not previously attainable.

"One of the stories I heard was from a recipient who was finally able to buy a winter coat on sale at a normal store. Normally she was shopping at the thrift stores and this was the first time in her life she was able to buy a coat off the rack," Klassen said.

"This is just one example of what we hear. Through the 211 centre, our calls have upsurged, of course, with people in dire straits again."

Numbers from the social planning council indicate about 15,000 people in Thunder Bay are living below the low income measure, which amounts to $23,000 annually for a single person.

While poverty rates seem to be steady, the level of extreme need appears to be increasing.

"Our number is increasing. If you look at Shelter House rates, they're at 200 per cent capacity all the time," Krysowaty said. "Homelessness is not decreasing in Thunder Bay. Poverty rates, they're remaining about the same."

The presentation also included four recommendations for the city, including participating in the living wage campaign, endorsement of a tiny homes pilot project, encouragement and support for existing local initiatives that help mitigate poverty and continued financial support and investment in the social planning council.

Klassen said a closer relationship with the city and municipal government could help make a difference.

"I think there's a plan that needs to be put in place," Klassen said. "That hasn't been your mandate but we certainly recognize the City of Thunder Bay's support for a lot of initiatives that are occurring around poverty reduction. Broadening that scope in terms of partnering and allies with each other and working with each other and some of the organizations we already work with, I think that might be the start."