Closures include Canada Games Complex, 55-Plus Centre, while transit and some childcare continues
Mar 16, 2020 6:14 PM By: Ian Kaufman 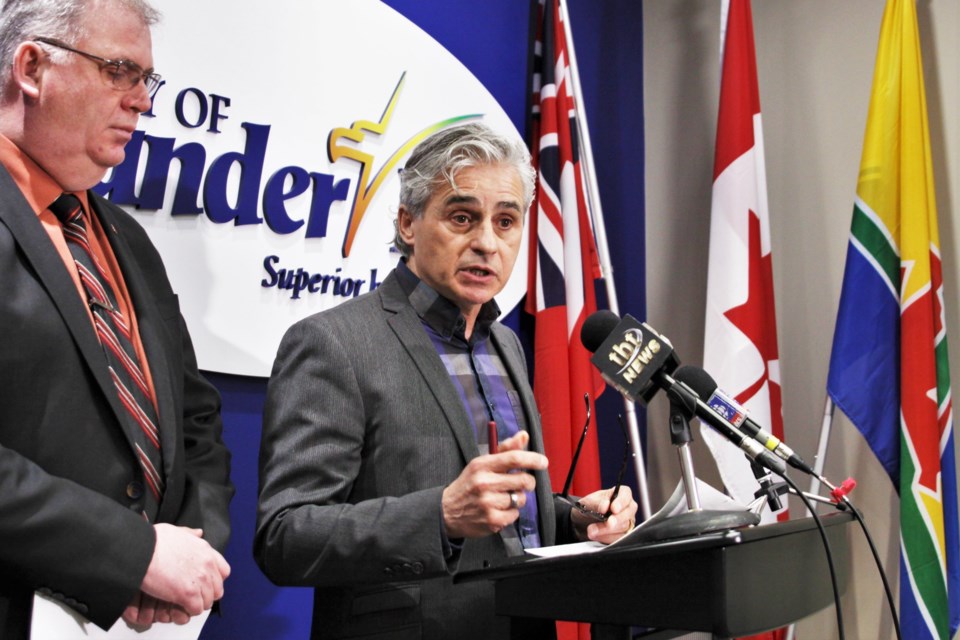 THUNDER BAY – In a major update to its COVID-19 response, the City of Thunder Bay has announced the closure of a number of facilities, suspension of city council and committee meetings (with exceptions as required), and visitation restrictions at Pioneer Ridge and Jasper Place care homes.

The city will maintain other services, including public transit and childcare services not located inside of schools. However, residents are being asked to take city buses only for essential trips, and to prepare alternative childcare arrangements in light of the rapidly changing situation.

A number of city facilities will close their doors until further notice at the end of business hours on Monday. That includes recreation facilities the Canada Games Complex, Churchill and Volunteer pools, the Fort William Gardens, the Neebing, Delaney, Port Arthur, Grandview, and Current River arenas. It also applies to all community centres, including 55-Plus and West Arthur, the Kinsmen Youth Centre, the Baggage Building Arts Centre and Water Garden Pavilion.

“I cannot comment on either one at this time,” Gale said. “We’re just not ready.”

Gale suggested the answers to those questions may depend on which department or facility employees work under, or the nature of their collective agreement, but did not provide specifics.

At Pioneer Ridge and Jasper Place, all visitation has been suspended except for residents who are “very ill or end of life,” in line with newly-released provincial guidelines. The homes have also suspended large group programs and will focus on small group and individual programs.

Asked if the city had any concerns about potential shortages of medical or sanitary supplies in the care homes, Gale said the city has “contingencies” including supplies of personal protective equipment and cleaning products. But he did not rule out the possibility that could become a concern in the future.

“We are looking at sustainability for those supplies now,” he said. “But should we be challenged in that, we’ll be no different than any other municipality or entity in North America, frankly. We’re doing everything we can to protect the workers, the patients, and the public.”

Mauro emphasized that the city’s response could change quickly, based on the advice of the Thunder Bay District Health Unit and other authorities. The mayor expressed regret at having to close important services, but said it was necessary to dampen the risk of community transmission and the danger of overwhelming the hospital and other health services.

“We’re very clearly aware of how reliant a number of people are on city services, and that is what makes the decisions we’re announcing today very difficult. We know there will be consequences for people, but having said that, I think there’s a very clear indication that many organizations and public institutions are making similar decisions. We all want to make sure we’re ahead of this, not behind it.”

The city is asking residents not to take public transit except for essential travel. Mauro expressed his desire to keep buses running, given that many rely on the service for essential day-to-day needs. The city says it is implementing enhanced cleaning and disinfection procedures on city buses.

“Obviously it’s fundamental for a lot of people who don’t have any other option, who need to have access to transit to attend to medical appointments or to get to work or whatever the case may be,” he said. “So we’ve decided that we will be maintaining transit.”

No cases of the virus have been identified in Thunder Bay as of Monday. However, the mayor warned the city is unlikely to escape the virus entirely.

“I think ultimately, it’s very inevitable that we’ll be faced with the virus in Thunder Bay,” Mauro said. “I think most people would understand that’s likely to be the case at some point.”

For that reason, Mauro and Gale stressed that the city’s response could change quickly as circumstances evolve. Gale warned parents with children in city-run daycares to get prepared in case closures do come. Two city-run daycares located inside of schools – Ogden and Woodcrest – are already closed at least through April 5, as directed by the province in connection with school closures during that period.

The municipality is also asking residents to access city services over the phone or online where possible, though most offices remain open for the time being.