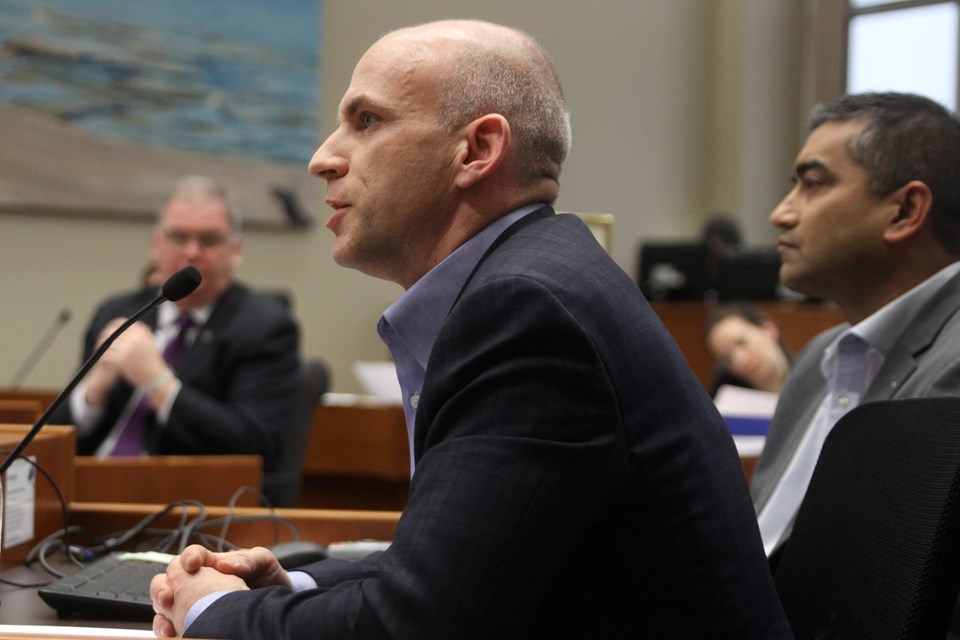 THUNDER BAY – Thunder Bay city council is backing the NextBridge proposal for a new power transmission line along the north shore of Lake Superior while urging Hydro One to improve its existing infrastructure in Northwestern Ontario.

Council on Monday night voted to endorse a motion from the city’s intergovernmental affairs committee to support NextBridge’s East-West Tie proposal, which had been selected by the Ontario Energy Board in 2013 to link the Wawa and Lakehead transformer stations.

Hydro One earlier this year announced their intention to win the project, unveiling their Lake Superior Link concept.

“This is one of the most bizarre processes that I’ve ever been involved in where you have a government agency that decides to let one company start the process and then opens the door and lets somebody come in after they’ve spent $60 million on the overall project,” said Coun. Iain Angus, co-chair of the Common Voice Northwest Energy Task Force.

“You just don’t do that kind of thing. It’s just not an appropriate process to follow.”

The province instructed the Independent Electricity System Operator to explore all options after the price of NextBridge consortium’s plan skyrocketed to $777 million compared to its original $400 million bid.

Andrew Spencer, Hydro One’s vice president of transmission and stations, had about an hour earlier told council that the utility’s $636 million proposal shaves 50 kilometres off the total distance by using the existing corridor through Pukaskwa National Park and would save $3 million annually in maintenance costs.

“By leveraging our existing transmission footprint we are in a very unique position, minimizing environmental impacts and disruption to local communities,” Spencer said.

The energy board has placed an emphasis on having the line electrified by 2020, which Spencer acknowledged would be difficult to meet. Hydro One is attempting to utilize the environmental assessments done by NextBridge for the majority of the line, while conducting its own reports for the area through the national park.

“We’re confident in our ability to deliver this project before the end of 2021,” Spencer said.

“Whether it’s construction start or construction end, this will likely come down to a few months difference. When you compare that against the $100 million in cost savings and the ongoing maintenance cost savings, the environmental impact and what we think will actually be better opportunities for First Nations communities both for construction work as well as ongoing partnership, in my mind waiting a few extra months for those things to come to bear is time well spent.”

NextBridge previously announced an agreement with general contractor Valard along with partnerships with the six First Nations communities that included an equity stake as well as the formation of an economic development corporation to pursue procurement and training opportunities.

Angus said if Hydro One were to win approval, the partnership with those First Nations communities would have to be reset in an area where the relationships are already fragile.

Instead, Angus urged Hydro One to focus on what he said is a lower quality of line that connects Red Lake, Greenstone and Sioux Lookout to the grid.

“If you’ve got this kind of money available to invest $636 million, that could go a long way to solving the problems throughout the rest of the Northwest,” Angus said.