Consortium optimistic they will receive approval by Ontario Energy Board to build East-West Tie despite late push by Hydro One.
Mar 19, 2018 11:20 PM By: Matt Vis 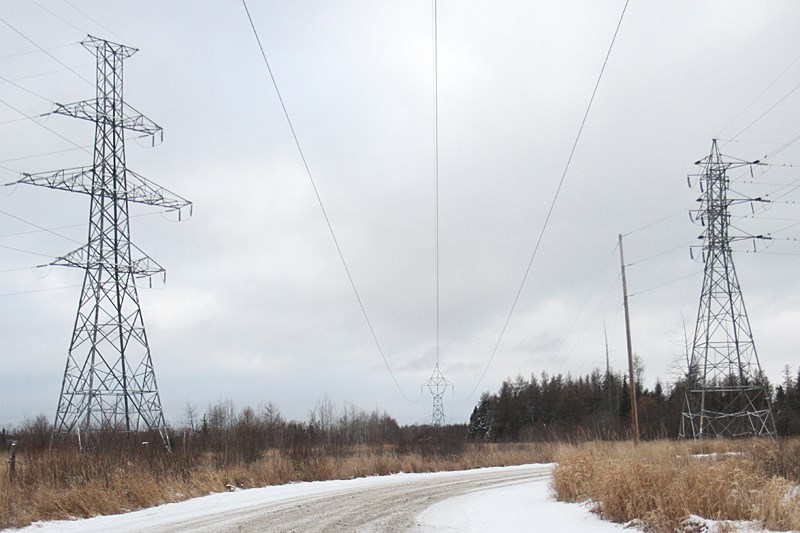 THUNDER BAY – The consortium that was originally selected to develop a 450-kilometre transmission along the north shore of Lake Superior line is intent on moving forward to meet a 2020 completion date, despite Hydro One’s application to take over the project.

A partnership was formalized last December between NextBridge and Valard, the general contractor tapped to build the line. It was also announced the project includes an equity stake for the six North Shore First Nations communities and the creation of SuperCom Industries, an economic development corporation to pursue contracting, procurement and training opportunities.

But earlier this year Hydro One filed a leave to construct before the Ontario Energy Board after the province directed the Independent Electricity System Operator to review all options after the cost of the NextBridge proposal had risen to $777 million, significantly higher than their more than $400 million bid four years earlier.

Speaking to Thunder Bay city council on Monday night, NextBridge project developer Jennifer Tidmarsh made it clear they are not backing down.

“We are 100 per cent committed to this project,” Tidmarsh said. “We have been working on it for five years. We are the only project that will be able to make a 2020 in-service date. We’ve spent quite a lot of money – almost $60 million – already investing in this project without any sort of recovery.”

Coun. Iain Angus and Coun. Larry Hebert, co-chairs of the Common Voice Northwest Energy Task Force, wrote a letter to Hydro One expressing the advocacy group’s position that NextBridge should receive approval and urged Hydro One to focus on improving three existing lines in Northwestern Ontario.

In a response letter to Angus and Hebert, Hydro One vice president of transmission and stations Andrew Spence said the savings “more than offset the additional months delay in construction startup,” adding Hydro One is confident it is “a gap we can bridge to ensure no significant interruptions to economic development plans.”

The Ontario Energy Board has emphasized the importance of electrifying the line by 2020, Tidmarsh said.

“It was surprising that Hydro One about a month ago submitted their own leave to construct but for a 2021 in-service date,” Tidmarsh said. “We had not had any indication from the Ontario Energy Board besides some rumours and scuttlebutt as you do in the industry that they were considering something like this.”

NextBridge is planning to have shovels in the ground beginning this November to meet their 2020 targets but that is dependent on their final plans getting the greenlight.