No injuries reported, investigation continues after fire on Bethune Street
Nov 21, 2020 8:01 AM By: TbNewsWatch.com Staff 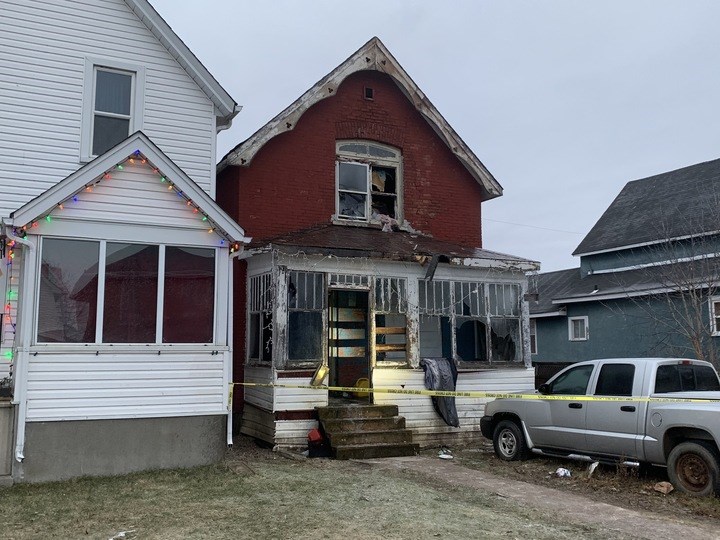 No injuries were reported from the Bethune Street blaze, while Thunder Bay Fire Rescue continues to investigate the cause of the fire.

Crews responded to a reported structure fire on the street around 1:30 a.m. Saturday morning, arriving to find significant smoke and flame coming from a second story window. An adjacent occupied residence was evacuated by firefighters and police on scene.

Neighbors reported that many people were seen exiting the house when the fire began, the service said in a release Saturday, but it was initially unclear if anyone remained inside the building.

Efforts to fight the fire were hampered by downed hydro wires present in the back yard of the property, which prevented access to the fire at the home’s rear.

Once hydro utility crews removed the hazard, firefighters were able to resume an aggressive fire attack, gaining entry to the structure. No occupants were found after a search of the building’s interior.

The fire was quickly knocked down, the department reports, preventing spread to an adjacent home. In total, six pumpers, two aerial ladder trucks, and a command unit responded to the incident.

Firefighters continued working for several hours to completely extinguish the fire, which was deeply seated in the walls and attic spaces of the structure.

Fire damage to the home was heavily concentrated to the second floor and roof area. The scene is being held by police as the fire department completes its investigation.

It was the second fire crews responded to during the same shift, after battling a fire at the corner of Northern Avenue and Brodie Street earlier Friday.