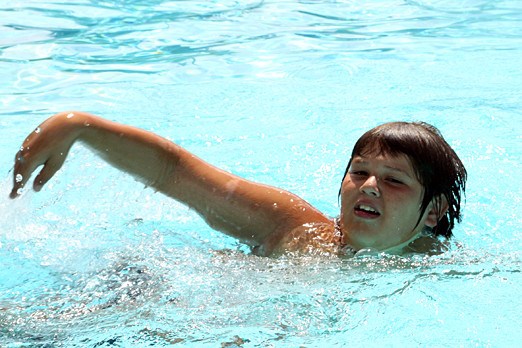 THUNDER BAY – After weeks of community consultation, city administration is proposing four possible options for the future of the Dease Pool. City Council will review the options, contained in a new administration report, at their next meeting on Dec. 16.

The city closed the over 100-year-old outdoor pool this year, saying the aging amenity no longer met health or building code standards. Local activists have been campaigning vocally for it to be rebuilt ever since.

That possibility is included as an option in the report, but administration recommends against it. Rebuilding the pool is the most expensive of the options presented, with capital costs of over $2.8 million to build it to current standards, and annual operating costs of about $45,000.

The report says that price tag can’t be justified, given existing swimming venues nearby. That includes the outdoor Art Widnall pool, just over a 1-kilometre walk from Dease Pool.

Instead, administration is recommending the city proceed with additional consultation to determine alternative options for the site.

Those options all involve demolishing the pool, which will cost the city around $260,000. Proposals include restoring the property as a park for passive uses, for around $540,000 (including demolition) plus $2,000 in annual maintenance; demolishing the pool and selling the land, for a net cost to the city of around $100,000; and redeveloping adjacent Dease Park with a boarded skating rink, expanded playground, and other features, for a cost of $1.5 million, plus $25,000 in annual operating costs.

The city conducted consultations with the community through October and November. That included an online survey that garnered about 240 responses, as well as events at Victoriaville Mall and the Fort William arena, and a presentation at a November McKellar ward meeting.

Results show a plurality of respondents (44%) are happy or very happy with alternatives proposed by the city, while 38% remain unhappy or very unhappy. Swimming was still ranked as the most popular activity respondents want to see at the site, with skateboarding and skating the next closest options.

The city’s General Manager of Community Services, Kelly Robertson, says she’s grateful for that feedback, even if much of it is critical of the city.

“It’s obviously been difficult for a segment of the population to give up on the opportunity to look at a rebuild of the pool, and I respect that,” Robertson said. “We’ve tried to be open and transparent and listen to what folks are saying about that. They’re entitled to their opinion, and council will give us direction.”

Save Dease Pool supporters plan a rally at Monday’s City Council meeting to push the city to rebuild the pool.