Dr. Janet DeMille said the north is still vulnerable to COVID-19 outbreaks and people need to take the stay at home order seriously to get numbers down.
Jan 13, 2021 5:11 PM By: Doug Diaczuk 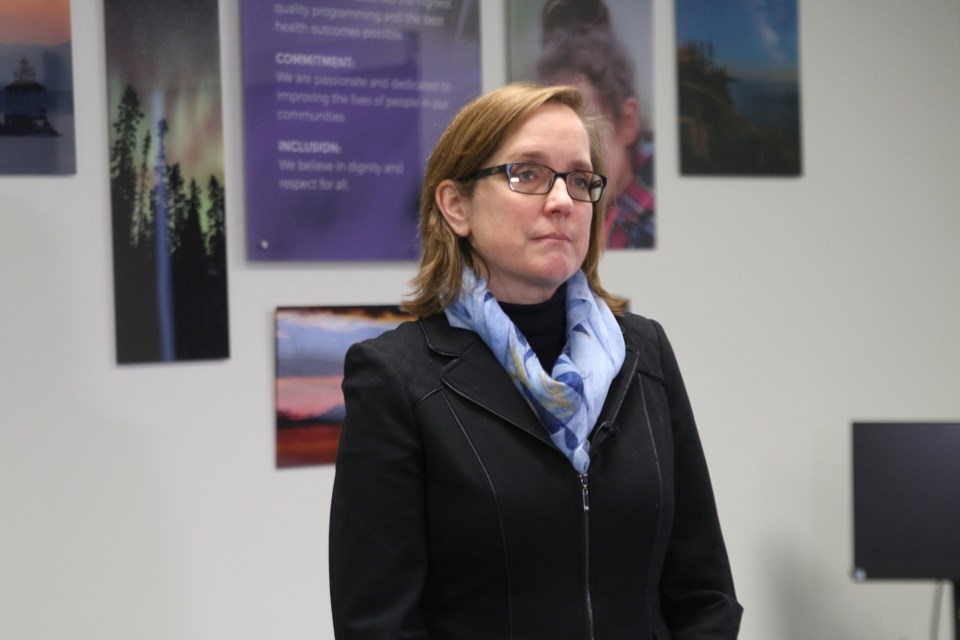 THUNDER BAY - The state of emergency and stay at home order implemented by the province need to be taken seriously says the medical officer of health for the Thunder Bay district because the region is just as vulnerable as the rest of the province.

“I think we are vulnerable,” said Dr. Janet DeMille, medical officer of health with the Thunder Bay District Health Unit.

“We have seen cases across the north increase and outbreaks and other situations happen. Certainly there is a concern of how much worse it would get if we didn’t have these measures in place and it’s hard to predict that.”

The new measures were announced on Tuesday as new COVID-19 modeling shows the health care system in Ontario could be overwhelmed by early February if cases continue to climb at the same rate.

DeMille said the new measures reflect the situation the province is in and while the majority of cases are in Southern Ontario, Northern Ontario is seeing outbreaks as well.

“It’s one thing to consider the GTA, which is a densely populated area, but I was seeing case numbers increase in areas that were more similar to our area,” DeMille said. “More rural, more spread out, and their numbers were going up as well and I knew that could impact us here.”

And even though the province has been under lockdown for nearly three weeks, cases have continued to climb.

“In the whole north that’s what happened,” DeMille said. “We were at a low on Jan. 1 in terms of the number of cases and we have significantly increased since then. I think that’s important to look at. Even though we had that lockdown and it was a short period of time our numbers are still going up.”

When asked what further measures can be taken if the lockdown and stay at home order do not result in fewer cases, DeMille said it’s not a matter of finding stricter measures, but rather taking the ones in place now more seriously.

“The measures that have been put in place are fairly significant and I could imagine if everybody follows the guidance and follows the rules and everyone having ownership and doing their part in this, I really believe we can stabilize our numbers and have them reduced,” she said.

“I just want to encourage everybody to take this seriously. These kinds of lockdowns create a lot of hardships for people, for families, for health care systems, for businesses. Let’s all do the right thing going forward so this does improve in our area so we can get the numbers down and control them so we can open up again and we can do more.”

The stay at home order and what constitutes leaving home for an essential reason has been a little unclear and DeMille said more detailed regulations will be coming from the province soon.

But she added that the new measures put in place are meant to limit the number of interactions people have with others in order to break the chain of transmission.

“If everybody is doing that, I would anticipate the curve flatten and start to go down like it did before,” she said.

The lockdown will remain in effect for the 28-day state of emergency. Thunder Bay Mayor Bill Mauro said if the district starts to see a significant decline in the number of cases, he would consider advocating to the province to lift the lockdown in the region.

DeMille said she will have to see what happens both here and in the rest of the province before moving forward with recommending lifting any of the measures.

“We don’t want to be opening up and other places still closed because we know people will travel into this area,” she said.

“If we have a significant drop in cases and we see that elsewhere, we should go back to that framework or an updated version of that framework so we can gradually reduce those restrictions that are placed on us and open up as much as we are able depending on the overall context.”

The province also said it will be stepping up enforcement to ensure people and businesses are complying with the new measures.

DeMille said unfortunately sometimes people need the threat of enforcement to take these kinds of measures seriously, but also noted that many businesses in the district have opened safely and are following all public health protocols.

“Hopefully enforcement is not needed and people will comply with the expectations of them during this time,” she said.

And the threat of a fine should not be the reason people take these measures seriously, DeMille said, it’s a matter a public health and protecting those who are the most vulnerable.

“We will see more people needing hospitalizations and more deaths and we don’t have to go that way,” she said. “I encourage people to follow the guidance and follow the rules right now because we will get the numbers down and we will be better off that way.”