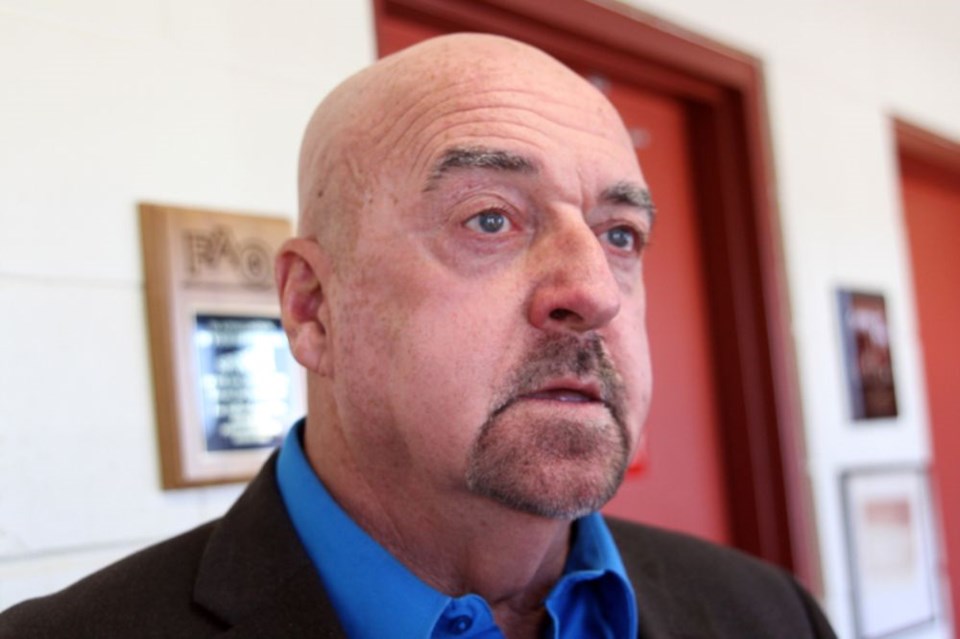 However, Hobbs said if it falls through the city might come back to the table with an $80-million to $85-million Plan B that could see the convention centre aspect downsized or eliminated and the seating capacity of the hockey rink reduced from 5,700 to 5,200.

On Wednesday Red River Coun. Brian McKinnon, who was part of the city’s delegation at the Ontario Good Roads Association conference in Toronto, hinted strongly that federal money was off the table and that the city might have to scale back its plans.

Hobbs, who spoke with Kenora’s Conservative MP Greg Rickford at the conference, said he was told by Rickford that the city wouldn’t qualify for funding under the Building Canada Fund. The city’s request for $2 million from FedNor was also rejected because of the hockey-rink component.

“The minister and I had a great conversation on the phone and he said there is funding available. It’s going to have to be creative. There’s no one pot of money for this. We can’t take it out of Build Canada, but there are other areas,” said Hobbs, adding he’s got a one-on-one meeting scheduled on Sunday with Rickford.

The mayor said the city has always had a secondary plan in the event federal or provincial funding didn’t come through or wasn’t as much as they’d hoped.

As it stands the city is looking for each level of government to chip in a third of the cost, about $35 million apiece.

“We may just get provincial funding and be building a hockey rink,” Hobbs said. “We have to have a Plan B in place.”

Hobbs added he commissioned city manager Tim Commisso a long time ago to look at one.

“We may just have to build a hockey rink with a smaller convention centre, depending on how the funding looks. The province was pretty supportive. I know Minister Michael Gravelle is a champion for this.”

This isn’t the first time the city has discussed scaling back the scope of the project. They’ve already eliminated a planned parking garage and the overpass to Marina Park. A green roof with a patio was also shelved.

Coun. Frank Pullia, who chaired a budget committee that’s brought forward a 4.6 per cent tax-levy increase, said his support was not only contingent on senior government funding, but a solid business plan.

“In the absence of full funding, a scaled-down version would still have to meet the same criteria to ensure my support,” Pullia said in an email response. “We would also need to look at it from an affordability perspective given the city requirements for other infrastructure investments.”

Coun. Paul Pugh said in the absence of any real new information, he’ll wait for an official update before making a decision, echoing Coun. Iain Angus, who wants formal confirmation from the federal and provincial governments on funding availability.

Newly elected Northwood Coun. Shelby Ch’ng said she wants concrete answers from Ottawa too, but added she thinks the city can benefit in other ways from the Build Canada Fund that does not include a convention centre.

The mayor also said if the event centre is approved and built, he’d like to see Fort William Gardens demolished to save taxpayers $700,000 annually. His plan would save the attached Fort William Curling Club.

Hobbs said he he's spoken with representatives of True North Sports and Entertainment, who have indicated they might move the Winnipeg Jets American Hockey League farm team to Thunder Bay if an arena is built, and believes from those conversations True North would grant the city an extra month extension to reconfigure the plan.

The current deadline is March 31.