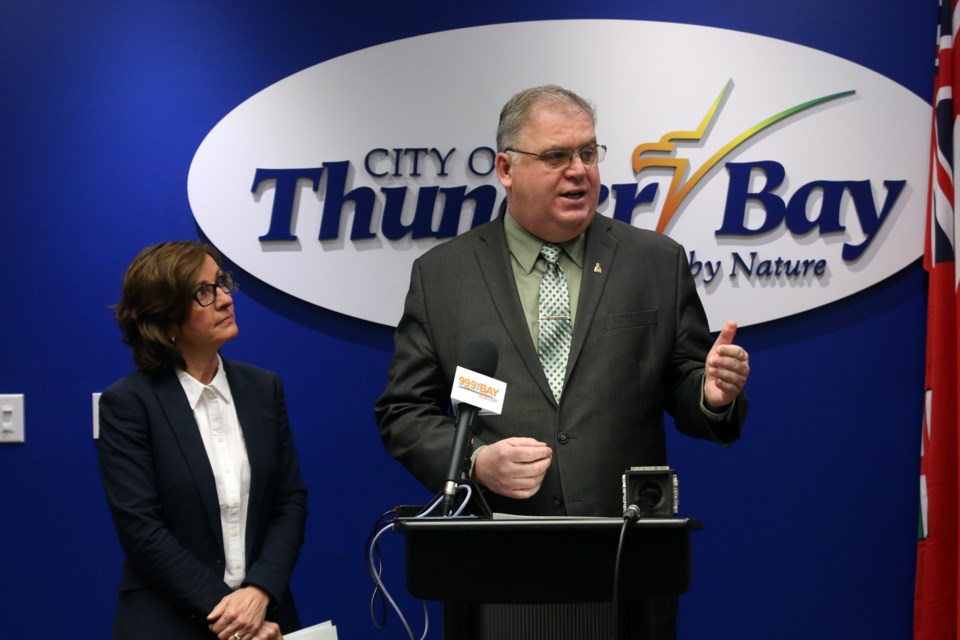 THUNDER BAY – The City of Thunder Bay has found nearly $5 million in savings as it looks to dig out of what Mayor Bill Mauro said could be a $13 million hole in its 2020 budget from the COVID-19 pandemic.

City treasurer Linda Evans told council the pandemic had likely cost the city about $4.5 million by the end of May, and previously estimated the city would lose an additional $1.1 million per month after that. The impact comes largely from foregone revenue from transit, recreation, and other sources.

A report prepared by Evans outlined around $2.5 million in savings already identified by the city, and suggested over $2 million more in new measures to limit the damage.

Nearly $1.1 million in planned capital projects will be deferred to future years. That includes around $200,000 in planned HVAC, electrical, and lighting work on the Victoriaville centre – though that could change when council decides whether to demolish or reinvest in the facility later in the summer.

The city will also defer $250,000 in planned spending on Low Impact Developments, a major feature of the city’s sustainability efforts that help manage storm water and improve drainage.

Council also approved a handful of smaller savings. A $250,000 transfer to the city’s Renew Thunder Bay reserve fund for infrastructure projects and a $100,000 allocation to the Clean, Green & Beautiful committee to commemorate the city’s 50th anniversary were both cancelled.

As well, the closure of the city-supported 55 Plus Centre will be extended through the end of August. The move will save only $20,000, and was primarily based on health concerns, the city said, adding participation habitually falls during the summer in any case.

Those savings add to $2.5 million the city had previously identified, stemming from staff furloughs, utility savings on closed facilities, and the cancellation of many summer programs.