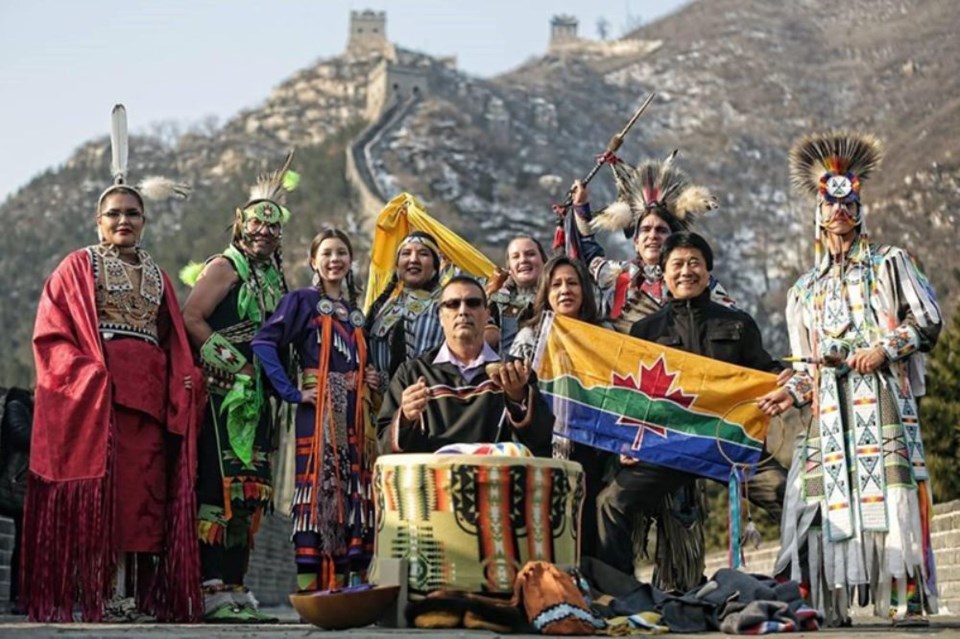 City councillor Peng You (second from right) points to a 2015 delegation of First Nations youth to China as one success of the sister cities committee. (Photo supplied)

THUNDER BAY – Proponents of Thunder Bay’s sister cities committee say a recommendation to dissolve the group is a mistake the could cost the city far more than it would save.

The committee is one of several municipal programs and facilities recommended for closure in a recently-released services review.

The sister cities program facilitates cultural exchange and economic development by building relationships with partner cities around the world.

Committee chair Matthew Villella, an instructor in the Tourism – Travel and Eco-Adventure program at Confederation College, said he wasn't surprised by the services review recommendation. The committee is a frequent target for suggested cuts, he said, despite what he sees as a modest annual budget of $25,000. The services review estimated dissolving the committee would save only $18,000.

What did surprise Villella was the fact that Grant Thornton, the firm conducting the services review, didn’t reach out to discuss the committee’s work before making its recommendation.

“They’re telling councillors to get rid of us, but they didn’t come talk to us to get factual information for that report,” he said.

It’s a sign the group needs to do a better job informing residents of the value of its work, Villella said.

“There’s a [perception] in the city where they think we travel around the world spending money,” he said. “We aren’t gallivanting, going on leisure trips on tax-payer dollars – that’s just not happening. We’re promoting Thunder Bay and trying to get something out of it – having people come here, spend their money, and come back years after.”

“We haven’t educated people properly, and we need to do that. It’s difficult to see what we do behind the scenes – we don’t promote, we don’t gloat, we don’t celebrate every time we do something amazing. Maybe we should.”

He notes the committee has already begun some of that work, developing communications plans, performance metrics, and more data on the economic impact of sister cities.

The committee estimates the 70 people who visited Thunder Bay as part of sister cities delegations in 2019 contributed more than $73,000 to the local economy. The analysis used Community Economic Development Commission (CEDC) estimates on the economic impact of tourist visits.

City councillor Peng You, a vocal sister cities champion and committee member, says that still captures only a portion of the benefits the city reaps.

Two initiatives in which he’s been involved are a case in point, he said. Thunder Bay’s newest sister city, Jiaozuo, donated statues worth over $200,000 that now sit at Marina Park by the Tai Chi circle.

Meanwhile, he credits the same relationship with helping to bring the world Tai Chi championship to Thunder Bay in 2024. The event is expected to attract around 500 visitors.

“Did the city spend one penny for the world Tai Chi championship? Zero – [but] we got it,” he said. “Why? Sister cities helped. Our sister city in China is called the birthplace of Tai Chi.”

The relationships bring benefits beyond the financial as well, proponents say. A letter of support from Duluth's sister cities organization, urging city council to continue funding the committee, said the exchanges brought a mix of cultural, interpersonal, and economic benefits.

"Our sister city relationship with Thunder Bay has been an important part of Duluth’s cultural and economic landscape for nearly 40 years," it reads. "Countless Duluthians became aware of Thunder Bay and visited as tourists as a direct result of our Sister City status. Many hundreds of citizens from each city have participated in projects and exchanges that have led to lifelong friendships."

You said he’s all for looking critically at the amount the city spends on various committees, but wasn’t satisfied the Grant Thornton consultants had provided a rationale for cutting this one.

“There are so many committees, some with big budgets,” he said. “This sister cities committee is small. That’s why I asked why [it should be cut]… I didn’t get a clear explanation.”

Still, he said the committee had room to improve. That could include reducing the size of some travel delegations and re-examining its five sister cities relationships – a process that is already underway.

You sees potential in building relationships with cities in places like India and Mexico, which are sending growing numbers of students to Thunder Bay, and could replace some current sister cities relationships.

City council is set to review recommendations from the services review at a special meeting in September.