PHOENIX – Thunder Bay’s Emily Cross finished in fourth place Sunday in the Grand Award competition at the Intel International Science and Engineering Fair in Phoenix.
May 15, 2016 8:33 PM By: Leith Dunick 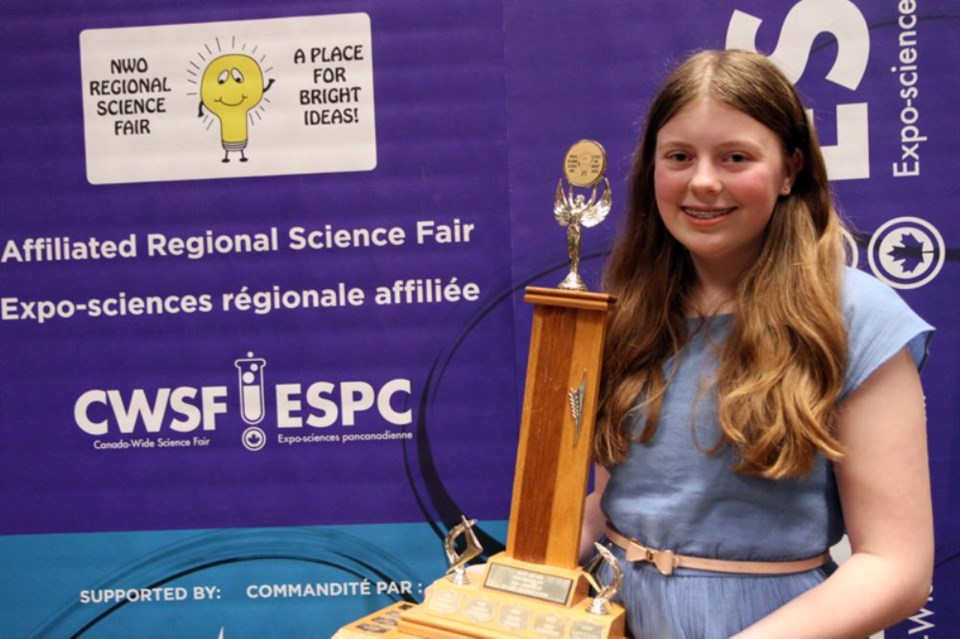 Her project, Geochemical Extraction of Ceratopsian Remains and Opal from Ironstone was enetered in the earth and environmental sciences category.

It was her second straight entry at the prestigious event.

Essentially through research, the youngster discovered a way to remove fossils and other important specimens from ironstone, discovering chemical treatments that break down the rock without damaging the valuable specimens contained within.

Cross was one of 15 Canadian students at the science fair, a group that combined to bring home more than US$100,000 in prizes and scholarships. She took home a $500 prize.

More than 1,750 students from 80 countries took part in the fair.

Cross is scheduled to be a featured speaker at next month’s TedX Thunder Bay event.