Two firefighters are driving the pumper/rescue unit to NW Ontario and will provide training.
Mar 28, 2019 3:36 PM By: TbNewsWatch.com Staff 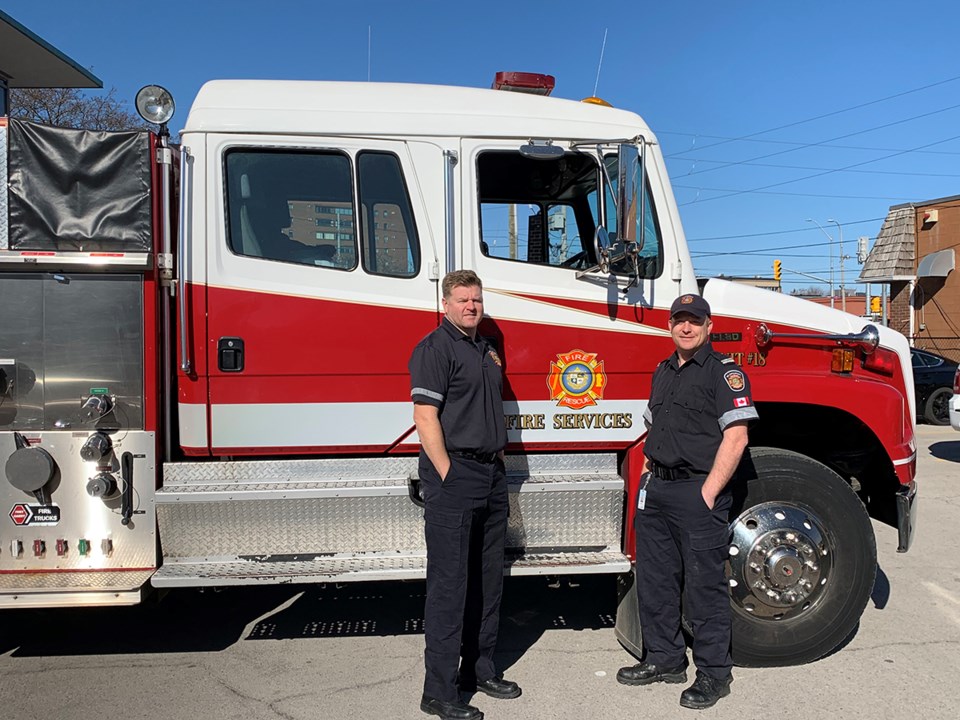 LAC SEUL FIRST NATION, ON — A fire truck, 16 years old but said to be in good condition, was on its way Thursday to Lac Seul from the city of St. Catharines.

The southern Ontario city recently took the 2003 Freightliner pumper/rescue truck out of service but decided to donate it to the northwestern Ontario First Nation with the assistance of Firefighters Without Borders, a non-profit organization.

St. Catharines firefighters Captain Kevin Beamer and Greg Clark, who volunteered to make the 2,000-kilometre road trip, set off in the vehicle for Lac Seul on Wednesday.

The First Nation near Sioux Lookout, with an on-reserve population of about 830, currently does not own its own fire truck.

St. Catharines acting fire chief Jeff McCormick said the donated vehicle no longer meets the needs of his fire service but is in good condition.

"Many northern First Nation leaders have sounded the alarm their communities need to upgrade their firefighting equipment but just don't have the means to do so," McCormick said.

"We are fortunate to have an opportunity to help our brother and sister firefighters protect their community," he said.

A delegation from Lac Seul travelled to St. Catharines earlier this month to inspect the vehicle.

Firefighters Without Borders has outfitted the truck with hoses, nozzles and other equipment such as a ladder, pike poles and tripod lighting.

The organization is also providing Lac Seul firefighters with 20 sets of firefighting gear.

Beamer and Clark will train them on how to operate and maintain the vehicle before they return home on Saturday.