Man sentenced to 11 months for having explosives, modified shotgun 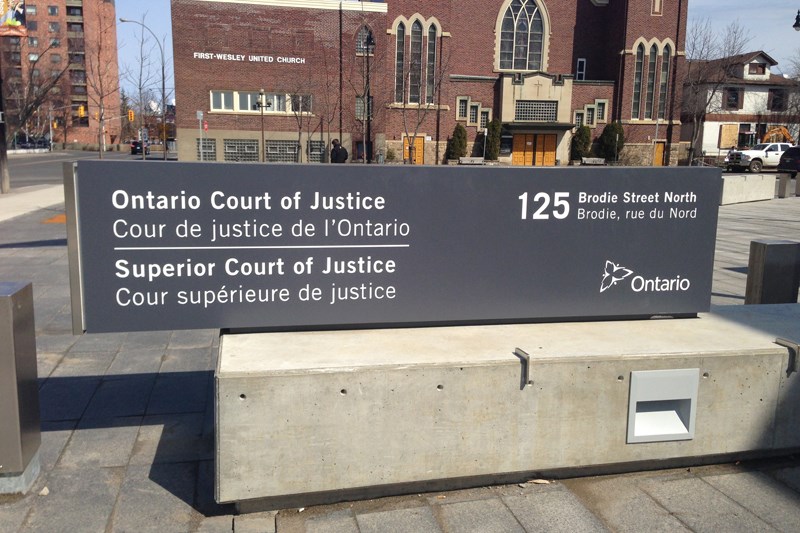 THUNDER BAY - A Nipigon man was sentenced to just over 11 months of custody after pleading guilty to several charges including drug possession and having three detonators and a modified shotgun in his possession on Thursday in a Thunder Bay virtual courtroom.

The drug possession charge dates back to November 2019 after he was arrested for failing to attend court and police located less than a gram of methamphetamine in his pocket.

He received a global sentence on all charges of 335 days. He was given credit for the 206 days he spent in pre-sentence custody at an enhanced rate which will leave 26 days left to serve in custody going forward.

Mahoney was denied bail on these charges in early May.

Mahoney’s lawyer, Michael Hargadon, told the court police were alerted to his client’s property because officers were pursuing a missing person’s investigation and required access onto his property.

“Mr. Mahoney’s roommate is an individual who essentially disappeared from the Nipigon area and who has been the subject of a very significant homicide investigation which is why they approached Mr. Mahoney —not as a suspect — but because they wished to recover a diary shortly after she disappeared,” Hargadon said.

Mahoney allowed police into his residence which resulted in police later obtaining a search warrant for his residence and executing it on April 22 where various illegal items were seized. At the time Mahoney was found in possession of these items, he was on a weapons prohibition order, Crown said.

Mahoney’s lawyer said his client has struggled with drug addiction issues which led him to be in possession of these items.

“For a period of time he was essentially involved in the drug subculture as a result of dependency on meth,” Hargadon said, adding his client would often trade these items to support his drug habit or keep them. “Mr. Mahoney’s involvement with these particular substances and objects was the result of an addiction."

The lawyer stated previous to these charges, Mahoney has a limited criminal record and has been drug-free since he has been in custody and has taken several courses including anger management.

After Mahoney serves the remainder of his sentence he will be placed on a 12-month probation term. Part of his conditions will require him to attend counselling for substance abuse issues.

All items seized by police were ordered to be forfeited by the Crown. He was also placed on a two-year weapons prohibition order.