Minaki Lodge property to be redeveloped 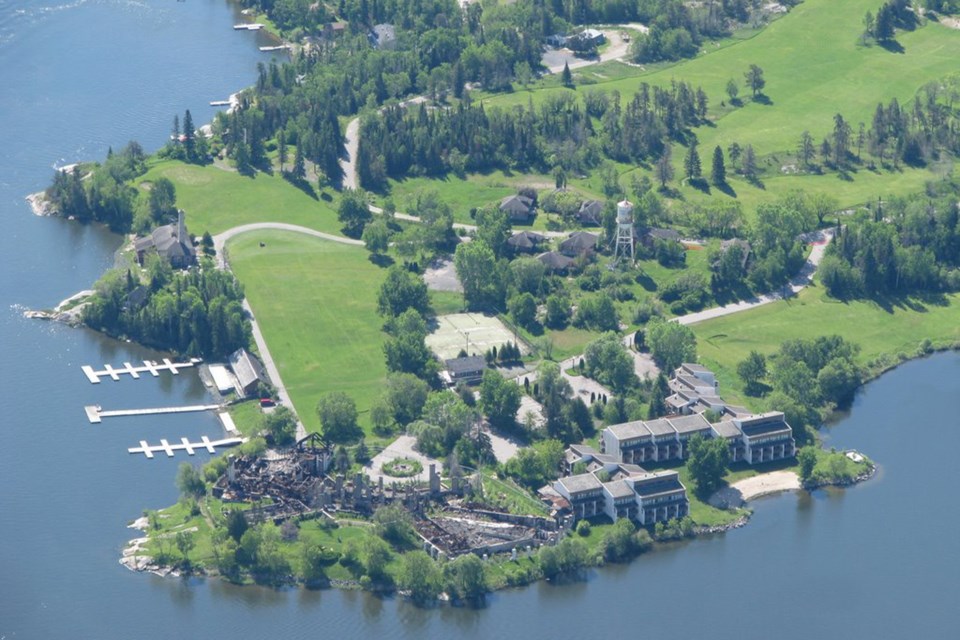 Minaki Lodge was destroyed by a fire in 2003. (Mapio.net)

THUNDER BAY – A company is seeking to redevelop the former Minaki Lodge property to include 198 recreational vehicle units, a 125-seat restaurant and to reopen seven existing heritage cabins.

The former lodge burnt down in 2003 and has remained unoccupied for the past 17 years.

“We are excited to have all government approvals and to be able to proceed with the redevelopment of the property – it’s taken several years, but we are confident that this project will provide quality, affordable access to recreation opportunities for residents of Manitoba and Northwestern Ontario,” said David Banman, spokesman for Minaki on the River Inc., in a release issued on Tuesday.

Timelines have yet to be determined, but the interest is there, Banman said.

“We have received interest from several parties in the seasonal RV park industry either wanting to partner on or purchase the project, so we are taking our time to decide how the project will unfold.

The company purchased the property in 2010.

The lodge was originally built in 1914 by the Grand Trunk Pacific Railway and served as part of a chain of Canadian National Hotels. Minaki is located northwest of Kenora.

This story was first reported by the Kenora Miner and News.

Impaired driving charges laid in two separate incidents
Oct 20, 2020 5:57 PM
Comments
We welcome your feedback and encourage you to share your thoughts. We ask that you be respectful of others and their points of view, refrain from personal attacks and stay on topic. To learn about our commenting policies and how we moderate, please read our Community Guidelines.
The latest on COVID-19 Local and global updates →