The shipping season’s first ocean-going vessel has made it to Thunder Bay. On Wednesday Capt.
Apr 16, 2015 5:07 PM By: Leith Dunick 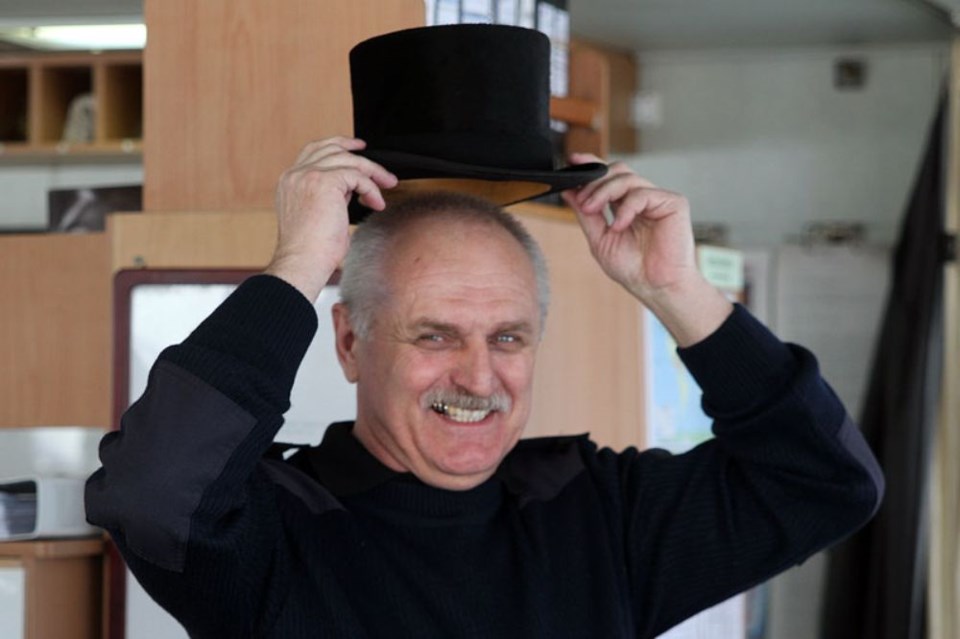 MV Tundra Capt. Voloddymyr Ovdiyenko tries on the ceremonial top-hat Thursday at Richardson Terminal after his ship was the first ocean-going vessel to dock in the city this shipping season. (Leith Dunick, tbnewswatch.com)

The shipping season’s first ocean-going vessel has made it to Thunder Bay.

On Wednesday Capt. Volodymyr Ovdiyeno was honoured at a special top-hat ceremony aboard the Cyprus-regsistered MV Tundra, which will leave the port 15,000 tonnes heavier carrying a cargo of western Canadian wheat.

“My first time here was about 12 years ago,” Ovdiyeno said Thursday afternoon at Richardson’s main elevator on the city’s north side, adding it was pretty exciting to take part in the top-hat ceremony, similar to one held last week in Toronto, where the Tundra was also first.

His ship arrived in Toronto and unloaded a cargo hull full of Brazilian sugar. The captain said he plans to stop in Hamilton for another load of cargo before taking the wheat to its final destination in Puerto Rico.

This year it’s the continuation of a busy start to the shipping season.

“About 400,000 tonnes have been shipped already. But this is the first of the ocean vessels to come and that’s always an exciting time of year.”

Heaney said ocean vessels have travelled from Thunder Bay to a record 28 different countries in the port’s busiest years, including stops in the Middle East, North Africa and Europe.

“It’s the opening of the port to the world,” Heaney said. “It’s always a bit more romantic.”

Richardson’s Gerry Heinrichs, the company’s director of terminal operations in Thunder Bay, said it’s been a good start to the season.

“This will be our fourth vessel to start the season off. I think we’re about eight to 10 days earlier than last year. We were hoping to start a little bit earlier, back to more normal, but so far, so good.”

Heinrichs said he’s not expecting as busy a season as last year, as the fall crop size was smaller in 2014 than it was in 2013.

But there’s plenty of room for optimism, he added.

“It’s going to be pretty steady,” Heinrichs said, estimating most ships take between 20,000 and 25,000 tonnes of grain per trip.