A GTA teenager was one of seven people arrested after police seized nearly $39,000 worth of drugs from a Limbrick Street residence on Oct. 1.
Oct 16, 2020 8:10 AM By: Karen Edwards, Local Journalism Initiative reporter 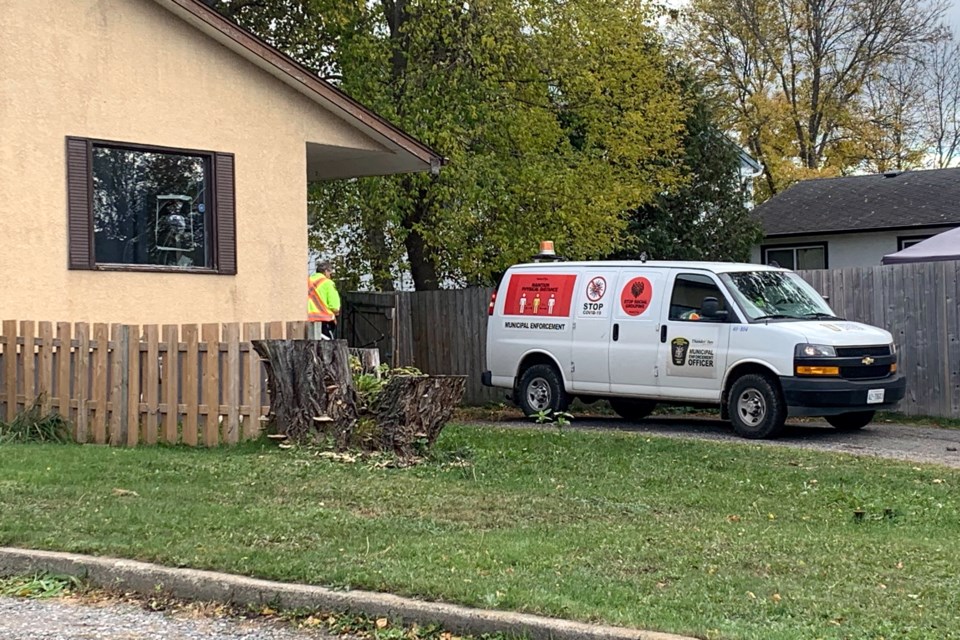 City bylaw enforcement removes a dog from a home on Limbrick Street after police raided the residence on Thursday, Oct. 1, 2020. (Leith Dunick, tbnewswatch.com)

THUNDER BAY - A teenager from southern Ontario charged with drug-related offences following a drug bust at a Limbrick Street residence earlier this month has been granted bail.

The 17-year-old boy, who cannot be named in accordance with the Youth Criminal Justice Act, was one of seven people arrested following a drug bust at a Limbrick Street residence on Oct. 1.

Police were initially dispatched to a hotel on Memorial Street on Oct. 1 following complaints that a woman may have been forcibly confined, according to a previous police media release.  When they arrived at the location, they learned the victim was at another unknown location and in distress.

Officers were led to a Limbrick Street address where they knocked and spoke to a man at the front door. Police were able to locate the woman and confirm her safety. While speaking with the man at the front door, police said they witnessed suspected narcotics being thrown from a nearby window.

The police service’s Intelligence Unit became involved and an investigation resulted in the seizure of cocaine and fentanyl.

Police say the value of the drugs found was estimated at nearly $39,000. The youth, along with six adults were arrested.

Upon his release, the teen must live in southern Ontario, abide by a curfew, give his surety permission to review his electronic devices, not attend the city of Thunder Bay and he must stay away from drugs and weapons.

He is also not to communicate with his co-accused: Kurtis Ginter, Sean Ginter, Isaac Ankamah, Adam Brady, Joanna Anderson, and Ashley Lawson.

There is a court-ordered publication ban in effect for this case. None of the allegations have been proven in court.