Czaplak homers in debut to lead Cats to win over Mankato 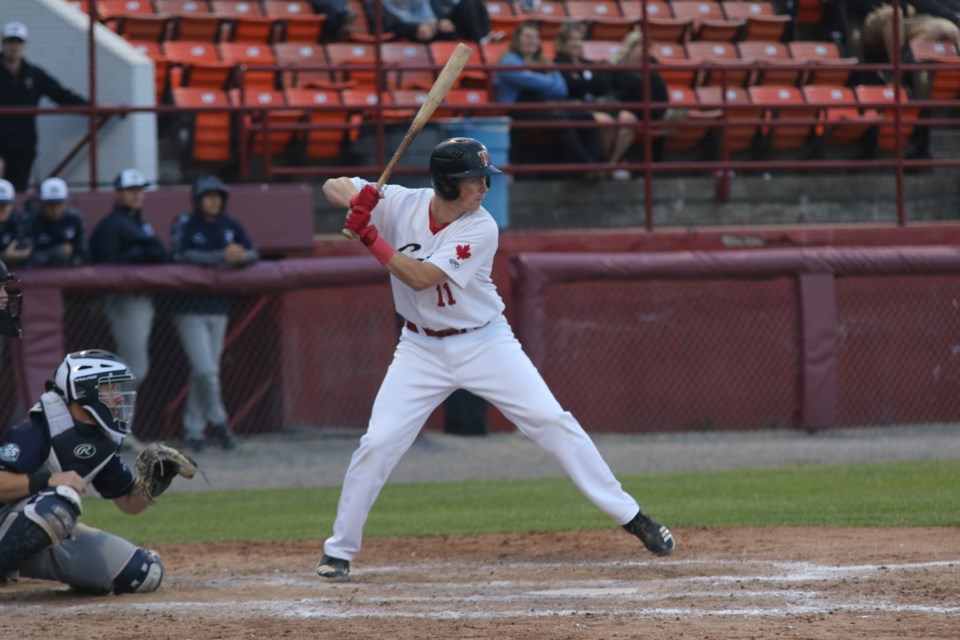 Gunner Hellstrom had three hits and drove in a pair on Monday, July 9, 2018. (Michael Charlebois, tbnewswatch.com)

MANKATO, Minn. – You can’t keep a good team down for long.

And these days, the Thunder Bay Border Cats are looking like a pretty darn good baseball team.

Coming off a 14-2 loss the night before, the Northwoods League club rebounded on Monday evening to down the host Mankato MoonDogs 11-6 and improved to 4-2 in second-half play.

Shortstop Kyle Czaplak had an impressive debut for Thunder Bay, homering out of the lead-off spot, scoring twice and driving in a pair.

Connor Fabing was stellar on the mound for Thunder Bay for six innings, allowing six hits and just one run while striking out two and walking four.

Calvin Wood took over in the seventh and was touched for three runs, the MoonDogs putting four on the board to close the gap from 9-1 to 9-5.

Nick Belzer was chased in the fifth and took the loss, giving up eight earned runs on nine hits.

The Border Cats return home on Tuesday to take on the Bismarck Larks. First pitch is 7:05 p.m.

ACHA honours T-Wolves for community involvement
May 24, 2020 1:44 PM
Comments
We welcome your feedback and encourage you to share your thoughts. We ask that you be respectful of others and their points of view, refrain from personal attacks and stay on topic. To learn about our commenting policies and how we moderate, please read our Community Guidelines.