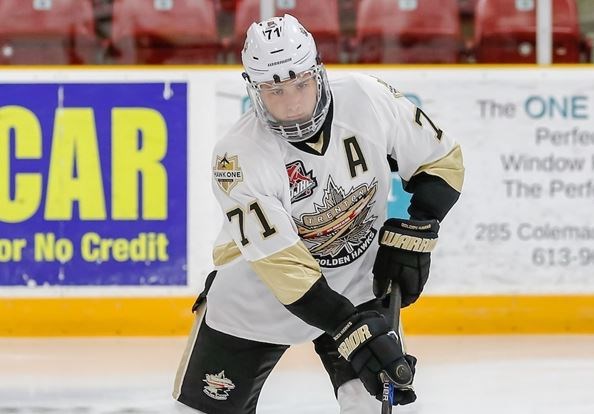 Colin Van Den Hurk is Lakehead's first men's hockey recruit for the 2020-21 campaign (Photo supplied)
THUNDER BAY -- The Lakehead Thunderwolves have started to retool in preparation for next season.

The OUA men’s hockey club on Monday announced the signing of defenceman Colin Van Den Hurk, of Havelock, Ont. who will join the club in 2020-21.

“I’m really happy to be coming to Lakehead University to continue my hockey career as well as my education. I’d like to thank everyone who has helped me get this far and I’m looking forward to the next step,” the 20-year-old said in a release issued on Monday by the team.

“Colin has impressed me with his speed, skill and work ethic, and he fits in with how we want to build our back end.  He’s a great kid with strong character and will be a welcome addition to our dressing room,” Wilkins said.

Staal brothers coping with COVID-19 reality
Mar 27, 2020 11:53 AM
Comments
We welcome your feedback and encourage you to share your thoughts on this story. We ask that you be respectful of others and their points of view, refrain from personal attacks and stay on topic. To learn about our commenting policies and how we moderate, please read our Community Guidelines.