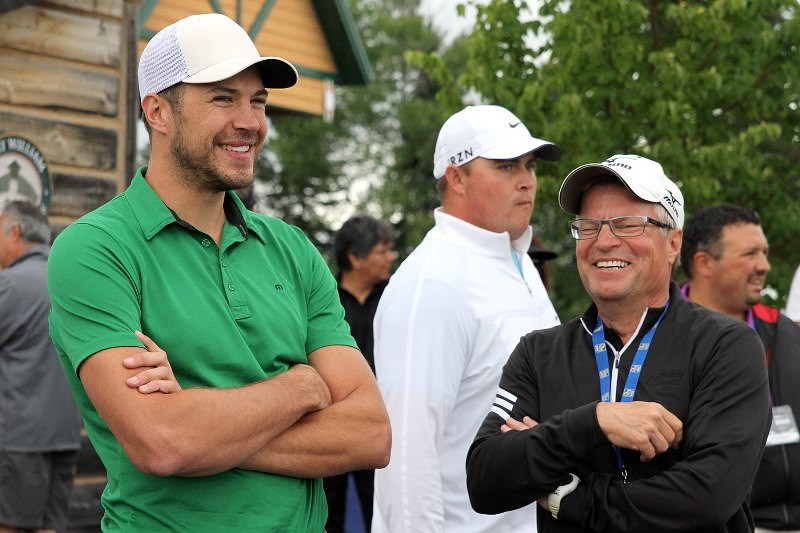 Taylor Pyatt knows his NHL career is on the downside.

After 13 seasons of bruising hockey and stops in six different cities, most recently in Pittsburgh where he was a healthy scratch throughout the playoffs, the 32-year-old said the offers are few and far between on this side of the pond.

Pyatt has all but resigned himself to making the trek overseas in the fall, where he hopes to squeeze out a few more years before hanging up the blades for good.

He hasn’t totally given up on the NHL just yet, but with little movement on the unrestricted free-agent front so far this summer, he knows he needs to look at his options and find a place, any place, to play.

“I’ve looked at a few options over in Europe,” he said earlier this week, prior to taking part in Monday’s celebrity pro-am that kicked off the PGA Tour Canada’s Staal Foundation Open.

“I’m still trying to decide what to do for next year, so I’ve got some decisions to make over the next few weeks. We’ll just wait and see.”

Europe sounds like a pretty good option at this point, he added.

“Guys that I’ve talked to who have gone over there have really enjoyed the experience. It’s a little bit of a lighter schedule, as far as games played goes, depending on what league you play in. It’s something I’ve been looking at pretty closely over the last few weeks.”

Pyatt said he’s unsure when that decision will come.

He’s coming off the most trying season of the baker’s dozen he spent at the top.

The campaign started in New York, his second with the Rangers, but he struggled to find his way into the lineup of a team that would eventually make it to the Stanley Cup final.

After playing all 48 games in the strike-shortened 2012-13 season, Pyatt only got into 22 with the Blueshirts, failing to put the puck in the net even before the Rangers cut him loose. He was picked up by an injury-riddled Penguins squad and scored four times in 34 games, but when the playoffs came, Pyatt was in the press box.

“It was definitely hard. I always look forward to playing in the playoffs so much. To be a healthy scratch throughout the playoffs was definitely pretty difficult to deal with. But what do you do? You sort of move on and try to find and job for next year and we’ll see what happens.”

Drafted eighth overall by the New York Islanders in 1999, the son of former NHLer Nelson Pyatt spent one year on Long Island before being dealt to Buffalo where he remained for four seasons.

Then it was off to Vancouver, where he spent three of the most productive years of his career, scoring a career high 23 goals in 2006-07, the first of back-to-back 37-point seasons.

He proved valuable again in Phoenix, scoring four goals in the Coyotes remarkable 2012 run to the semifinal, and had a pair of goals in 12 playoffs games the following season in New York.

But age and time caught up.

If his NHL career is truly over, Thunder Bay-born Pyatt, whose younger brother Tom is also an unrestricted free agent and considering joining him in Europe, he’ll finish with some pretty impressive numbers. In 859 games he scored 140 goals, adding an equal number of assists for 280 points.

If he’s done, he’s got no regrets, just ready to move on to the next chapter in his career.

“Things always sort of come to an end quicker than you’d imagine, but yeah, I still feel like I have some hockey left in me."