Up to $250,000 in federal dollars to support design work for reconstruction of Victoria Avenue, public spaces after Victoriaville demolition.
May 16, 2021 4:06 PM By: Ian Kaufman 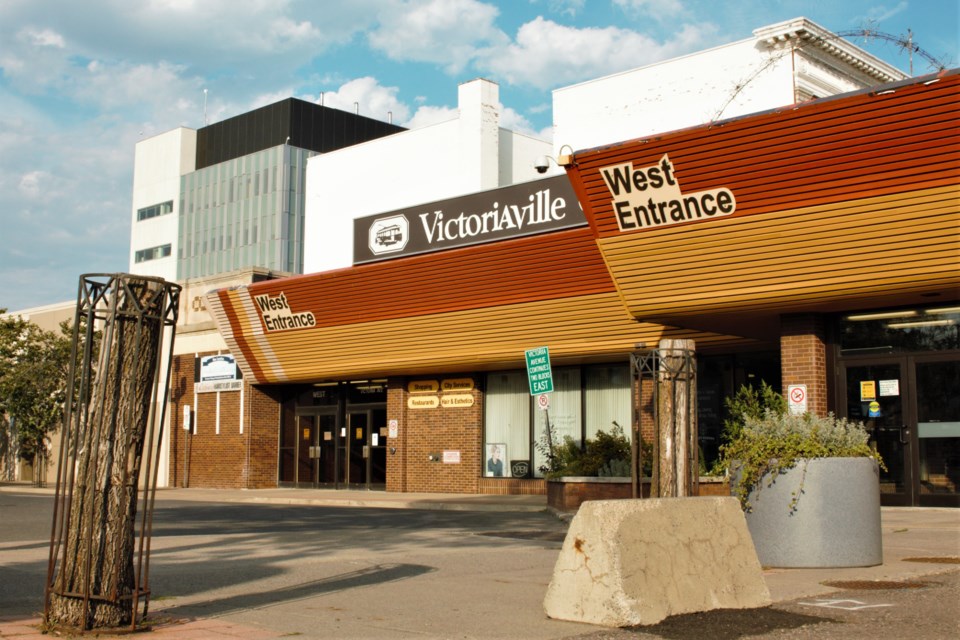 The Victoriaville Centre is planned for demolition in 2022. (Ian Kaufman, tbnewswatch.com)

THUNDER BAY – The City of Thunder Bay is eyeing federal funding to help cover the costs of redesigning Victoria Avenue following the demolition of the Victoriaville Centre, planned for 2022.

City administration proposes to seek funding through the Canada Healthy Communities Initiative (CHCI), which offers grants of up to $250,000 for small-scale infrastructure projects that “adapt spaces and services to respond to immediate and ongoing needs arising from COVID-19.”

City council will vote on whether to approve the application on Monday.

A memo from Karen Lewis, general manager of development and emergency services, said the CHCI funding could be used to support design work and pilot projects associated with the reconstruction of Victoria Avenue.

Projects eligible for funding include those that “create and adapt public spaces, and programming and services for public spaces in the public interest.”

Plans also include the addition of a public plaza on the Syndicate Avenue right-of-way, south of Victoria Avenue, and a revamp of the existing public square north of Victoria.

The CHCI funding of up to $250,000 could go toward professional costs associated with that design work, as well as pilot projects to test the designs, the memo states.

The total cost of the demolition and redevelopment is estimated at $10.75 million. That's expected to pay for itself within about ten years, with the city no longer shouldering longstanding operating losses at Victoriaville, which were projected to top $800,000 a year by 2025.

The city hopes the planned changes will bring more traffic to the area, including for events like concerts and markets.

Applications for round two of the CHCI funding are due by June 25. The city applied for $250,000 in funding for a planned revitalization of Dease Park under round one (applicants can submit only one project per round).

Projects must be completed by June 2022, which guided administration’s recommendation to apply the funding to design work and pilot projects that will take place during that time frame.

The federal government has allocated up to $31 million for CHCI grants over multiple rounds, with funding administered through Community Foundations of Canada.

Demolition of the Victoriaville Centre isn't expected to begin until 2022. The process will consist of an “almost piece by piece” deconstruction, city staff have said.

Redevelopment of the site is anticipated between 2022 and 2024. The project will come back before city council as plans are honed and tenders developed.