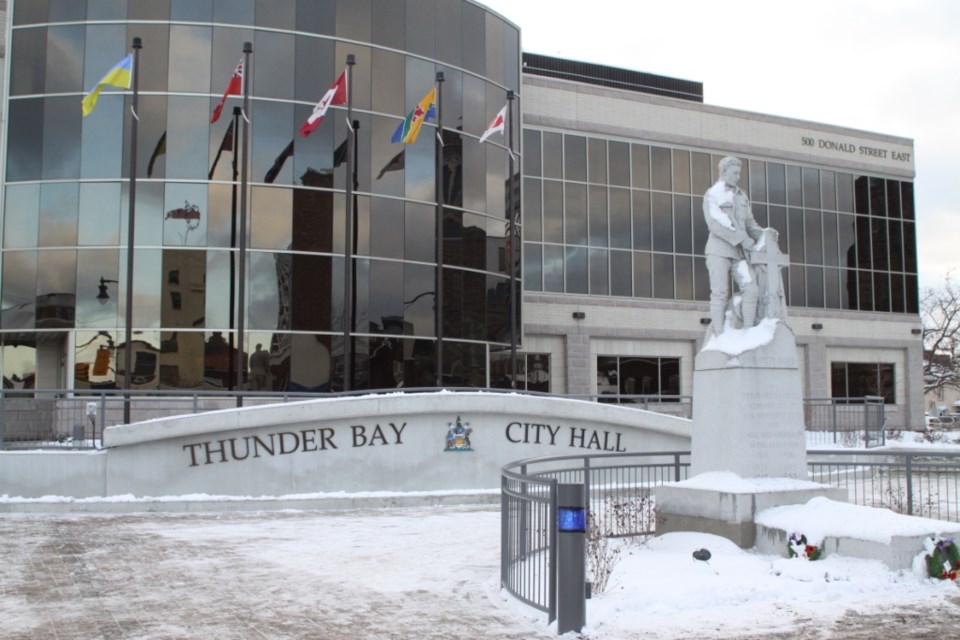 THUNDER BAY – The elimination of weekend residential road and sidewalk snowplowing and reduction in city transit hours are included in a lengthy list of potential cuts and reductions totalling $4.8 million.

The revisions, which have been prepared by city administration this month at the direction of council, were made public on Wednesday ahead of Thunder Bay city council’s final scheduled budget review meeting. The city’s tentative budget calendar identified that meeting as the night the city’s 2019 financial plans would be approved.

Mayor Bill Mauro, with council support, had asked city staff to come back with options to lower the budget after an additional ask of $1.08 million by the Thunder Bay Police Service to address recommendations from the Office of the Independent Police Review Director report would have ballooned the total municipal tax levy increase to 3.69 per cent.

City manager Norm Gale had previously warned that cuts of that magnitude would affect services and could alarm the public.

"This is about giving council options," Gale said on Wednesday. "We gave them room to make choices. How far council wants to go remains to be seen but they have options. They get to choose."

The proposed options are broken down into three sections, with the first being lower impacted and recommended items, the second is classified as medium-impact items and the third are deemed to have a higher impact. They amount to a combined reduction of 8.4 full-time equivalent positions, which include leaving a number of vacant positions unfilled.

The third section, which includes the snowplowing and transit cuts, has the lowest amount of total options at a combined $1.2 million between operating and capital expenditures. Limiting residential road and sidewalk snowplowing to weekdays is projected to save nearly $200,000. Ending the last round of transit service nightly Monday through Saturday, and cutting Christmas Day and New Year’s Day service, would result in nearly $65,000 being slashed from the budget.

The highest single-item is the deferral of the replacement of a fuel farm, which has a price tag of more than $600,000. Administration commentary notes that the current tanks, which are 43 and 30 years old, are well past the recommended lifespan of 25 years and leaking could result in costly environmental cleanup costs.

Another major capital project that could be delayed is the installation of a splash pad at the Kinsmen Youth Centre site on James Street, which had been budgeted at $475,000.

The first schedule amounts to a $1.7 million lowering of the levy, while the second schedule has $1.8 million.