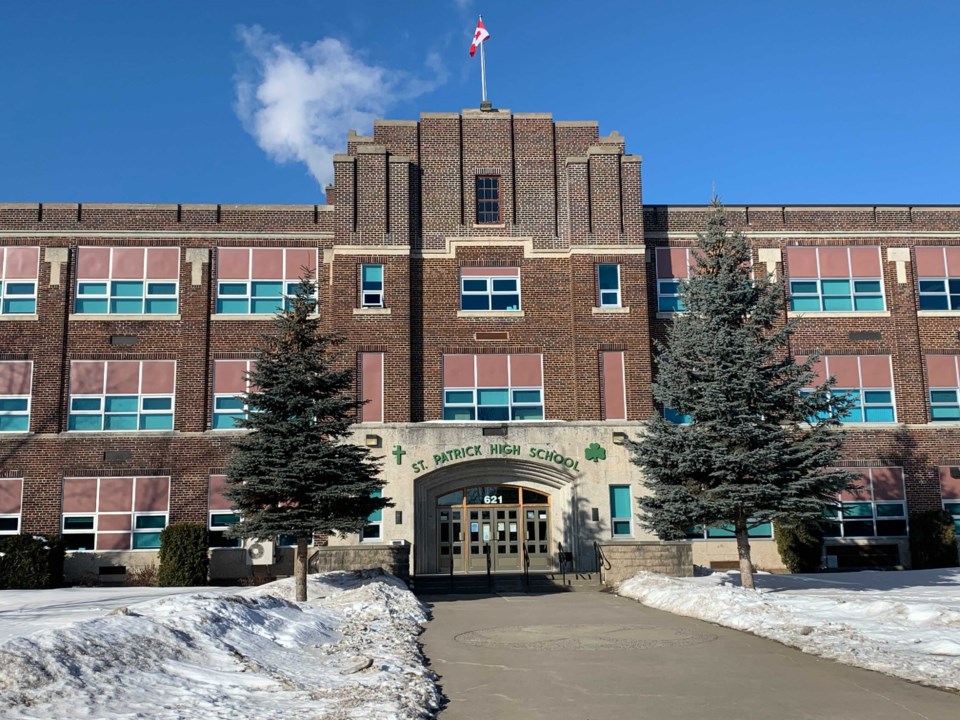 One new case has been detected at St. Martin Elementary School, and another two at St. Patrick High School. A bus cohort at Pope John Paul II is also impacted.

The Thunder Bay District Health Unit has not declared COVID-19 outbreaks at either school, with no evidence yet of transmission in the school setting.

Students at all Thunder Bay school boards will move to virtual learning for at least two weeks beginning on Monday. TBDHU medical officer of health Dr. Janet DeMille recommended the step earlier this week in view of a surge in cases in the district, including a large number of school-related cases.

The new case at St. Martin was not tied to a recent outbreak at the school, which was declared over Friday, the health unit said in a letter to the school community.

“This new case of COVID-19 is unrelated to the outbreak and cases that were part of the outbreak,” it said.

Two new cases at St. Patrick were also found to be unrelated to a case reported on Thursday at the school.

“At this time, there is still no evidence that the virus has spread in the school setting,” the health unit said. “This is not considered an outbreak.”

Provincial guidelines define school outbreaks as two or more linked cases detected within 14 days, where at least one case "could have been infected in the school."

The new cases were first reported to affected families and staff on Friday, the Thunder Bay Catholic District School Board stated. The board publicly reported the cases Sunday morning, saying staff had been overwhelmed in the meantime.

“The last few days have been extremely overwhelming for all of us,” it said. “With the additional number of COVID-19 cases, the recent switch to remote learning and a citywide grey-lockdown, we have been inundated with information and news.”

The families of impacted school and bus cohorts were notified immediately after the board was made aware of the positive results, a representative said.